Can only be built once at a time

The Eradicator Hexapod is a megalithic epic unit that was used by the Scrin during their invasion on Earth.

The Scrin sect known as Traveler-59 deployed an Eradicator Hexapod in a Yellow Zone during the invasion of Earth. This massive construct was determined to be a threat to the forces of the Brotherhood of Nod who rallied to combat it. Due to its power, the Nod AI known as LEGION created a Redeemer and used its power to destroy the Hexapod thus ending its threat to the Nod civilian population in the region.

These machines are an extremely powerful Scrin biomechanical construct, resembling a six-legged spider.[1] Existence of this unit was first hinted at by fuzzy images of a large unidentified Scrin walker. Soon rumours began to circulate of a giant, six-legged monster prowling through the red and yellow zones. While some thought these rumors would soon dissipate, GDI Central Command began to worry when sightings increased in number. The most disturbing and detailed accounts spoke of the destruction of heavy Nod and GDI units and the taking apart of its victims piece by piece to recycle them. GDI investigated, and soon learned of the Eradicator.

The Eradicator is armed with weaponry similar to the Devastator Warship complimented with a Lifeform Recycling System. This gruesome ability allows the unit to dismantle and assimilate parts from vehicles, buildings and soldiers it destroys, resulting in a steady supply of resources. As a whole, the Eradicator is heavily armed and heavily armored, and with the right units supporting it, difficult to defeat. Even Commandos cannot damage its legs, and could be crushed if attempting to attack it. The effectiveness of the Eradicator was observed to be enhanced by it assimilating Scrin infantry units.

However, without appropriate upgrades, the walker is incapable of protecting itself from air attacks. Its main weapon's lack of precision also makes it less effective against well co-ordinated and fast-moving attacks from enemy units (while the Eradicator is surprisingly fast given its vast size, most vehicles can still outrun it). Like the MARV, its creators may have known about this and hence provided it with infantry hardpoints to make up for this weakness. Due to the large amount of resources required to construct one of these vehicles, only one can be deployed at a time. The sheer size and power of the unit means that it requires its own special structure in order to be brought onto the battlefield: a Warp Chasm.

The Lifeform Recycling System can also allow the Eradicator to assimilate up to 3 Scrin infantry units. These units provide the Eradicator with a number of new weapons, but cannot revert to their previous state once acquired (it means that they will permanently garrison inside the hexapod). New capabilities also depend on the type of unit absorbed. With the right units garrisoned, the Eradicator Hexapod is considered by many players as a most difficult unit in game to destroyed. It should be noted that while it has only 3 unit slots, each type comes in pairs with each parallel leg holding the same weapon. Despite this, the Eradicator is still no match for a MARV with 4 Zone Troopers/Raiders garrisoned inside it. The type of units the Eradicator Hexapod can assimilate are as follows:

Tactics for efficient use

In terms of weapons, the Eradicator is in between the MARV and the Redeemer. Its plasma disks spreading over an area, making it better against multiple units than the Redeemer, while the MARV is still better in that role because it has the heaviest armor and flexible unit slots. In terms of armor, it is again found between the MARV and the Redeemer. The Eradicator 2nd fastest, but unlike the Redeemer it can move while firing. In a one on one fight with base weapons, it won the MARV due to having a larger hitbox and slightly better damage output, but lost to the Redeemer due to its smaller hitbox, incapability of centralizing its main weapon to a single point, and due to the Redeemer's own superior firepower. Overall, the Eradicator finds itself in the middle for the most, even when it comes to garrisons it still stays in the middle as it is able now to beat the Redeemer no matter what it has garrisoned, but losing to the MARV with its compliment of 4 garrisoned Zone Trooper/Raiders. 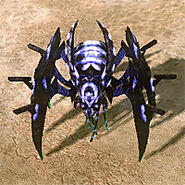 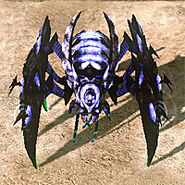 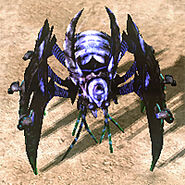 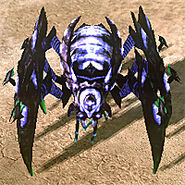 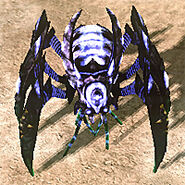 Retrieved from "https://cnc.fandom.com/wiki/Eradicator_Hexapod?oldid=231370"
Community content is available under CC-BY-SA unless otherwise noted.