Establish Nod Presence was a Nod mission to infect GDI strongholds in Europe during the Second Tiberium War.

Slavik and Oxanna managed to escape GDI's clutches in Norway. Kane, despite being displeased that Slavik got himself captured by GDI in the first place, decided to forgive him and tasked Slavik to establish a Nod presence in Europe and test out the Messiah's new Chemical Missiles. Presented with two options, Slavik opted to test the missiles in Germany.

Fortunately there was a derelict Nod base in the area. The downside was that the base was overrun by Tiberium lifeforms. CABAL advised Slavik to use the new Weedeaters that were effective at controlling the veins. The waste collected could be used to fuel the missiles with corrosive Tiberium gas against the GDI base. Once the GDI base was affected with Tiberium visceroids, destroying the base would be 'a simple matter'.

Locating the Nod base

A Nod convoy was positioned south of the Nod base. With only a limited time to reach the base before the veins could overrun it entirely, the convoy rushed to get there. Despite small delays in skirmishes with GDI and the hostile mutants in the decayed city, which included a troublesome Hijacker, the Nod convoy was able to reach their derelict base and brought it back online. Wasting no time, the Weedeaters began their harvesting of the Tiberium waste while Slavik reinforced the base's defences and built a Tiberium waste facility as well as a missile silo that was necessary to launch the chemical missiles

Nod's skirmishes with GDI alerted the latter to the former's presence and quickly sent a team to root out their foe. Nod repulsed the first wave but Slavik needed to locate the GDI positions. Otherwise he would be launching the missiles blindly. Slavik sent two groups of Stealth Tanks on a reconnaisance mission to find GDI. The Stealth tanks found two small outposts: an infantry outpost to the south west of the Nod base and an armored airbase to the south east.

Slavik decided to test the chemical missiles' potential on the two outposts and quickly launched them onto the bases. The results corroded the GDI buildings and its fumes turned the GDI infantry into visceroids, which in turn, literally eaten away the rest of the outposts, along with a few GDI tanks and walkers. The chemical missiles were also able to destroy defense emplacements and less armored structures in one strike.

The Stealth tanks soon infiltrated the main GDI stronghold and provided the coordinates for Slavik to infect the base with chemical missiles. Slavik soon found that he didn't need to send his attack force to demolish the base as the Visceroids were perfectly capable of eating away the structures still left standing. The surviving GDI forces retreated, thus Nod claimed victory.

The chemical missiles had a devastating effect on Europe. GDI was prompted to search and destroy Nod's main chemical plant while Kane tasked Slavik to destroy GDI's new Mammoth walker. 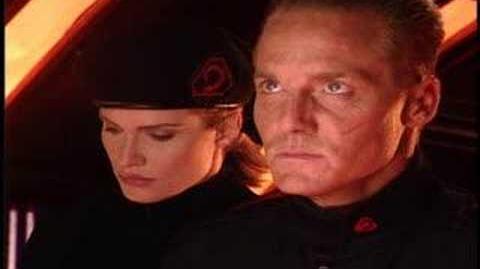 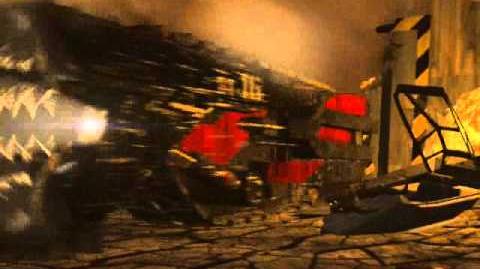