The European Union was a supranational union of twenty-seven countries in Europe before the GLA War. During the events of the Second GLA War, the European Union is refashioned into a military alliance to challenge the Asia-Pacific Alliance and a revitalized Global Liberation Army.

The origins of the EU dated back as early as the 1950s. To prevent another war breaking out on the continent, France and Germany, historically two mortal enemies since the Franco-Prussian War, banded together to form the European Coal and Steel Community in 1951. Since coal and steel were vital commodities to wage war at the time, neither country could face off against each other when their resources were in the hands of an independent authority. The lower counties (Belgium, Netherlands and Luxembourg) joined in so as not to be caught in another crossfire between the two European powers.

Formation of the EU

The ECSC has since evolved into the European Economic Community (the EEC) with the signing of the Treaty of Rome in 1957, with more European countries not under communist regimes joining the group as it grew economically. The signing of the Single European Act in 1986 allowed Europeans in member countries to move freely within the group, and the Maastricht Treaty of 1992 transformed what had solely been an economic group into the European Union with its own political structure and government, autonomous to those of the member states. Eventually it became a monetary union with a single currency, though only a few EU members such as Britain did not adopt the euro. The fall of the Iron Curtain had meant Eastern European countries applying for EU membership and the EU grew bigger to accommodate the former Soviet bloc.

Initially in 2013, the EU was allied with the United States, which had a major military presence on the continent, such as a naval base in Crete and a Central Command in Stuttgart, Germany. Previously not a target of the Global Liberation Army, the terrorists later struck against Europe and attacked the US bases. Humiliated, the US military retreated back to their homeland and left the EU to virtually be under GLA occupation. China struck back with a nuclear missile after being embarrassed by the GLA's capture of Chinese weapons against American forces. The European Council later made China promise to restrain usage of nuclear weapons in return for liberating Europe from the GLA. When the GLA were finally defeated near Hamburg, the EU and China formed the Eurasian Unity League to replace the US-led NATO.

Sometime after the First GLA War, the European Union, determined not to be dictated to by any foreign power, unified the militaries of its member states and began rapidly expanding and militarizing.

Soon, the European Union became the most technologically powerful faction in the world, replacing the declining United States. As the EU continued to rise as a superpower, relations between the EU and China had worsened, leading to the fragmentation and eventual dissolution of the Eurasian Unity League. Furthermore, their expansionist agenda has led to nations becoming EU satellites and dictators having the backing of the EU, with the China-dominated Asia-Pacific Alliance becoming increasingly concerned by the EU's policies.

In 2023, ten years after the end of the previous war, a series of bloody uprisings took place in several key EU satellite states, apparently caused by a revitalized GLA.

The military doctrine of the European Union in the Second GLA War is similar to that of the United States military in the First GLA War. The EU rely on expensve up-to-date high-tech weapons to counter the ingenuity of the Global Liberation Army and the raw tried-and-tested firepower of the Asian-Pacific Alliance. Rapid deployment and mobile assaults are the essential elements to a European Union victory. With the United States no longer a major world player, the EU had also taken up the mantle of having the world's most versatile airforce, ranging from VTOLs and helicopters to high-speed fixed-wing aircraft.

The main differences between the US and the EU are how each side employs their forces and use of military tech. The US Army was versatile and their units having multiple uses, whereas the Europeans are more specialised and more direct.

The EU is the most technologically advanced faction of the three belligerents during the Second GLA War. It may be even more technologically advanced than the United States itself whereas the EU can pool in scientists from the various member nations and collectively develop experimental weapons; the US could only find and employ weapons scientists within its own borders. In fact, its Experimental Weapons section is led by a scientist who is also a high-ranking general, Dr. Egon Schuller going by the codename of Cutting Edge. 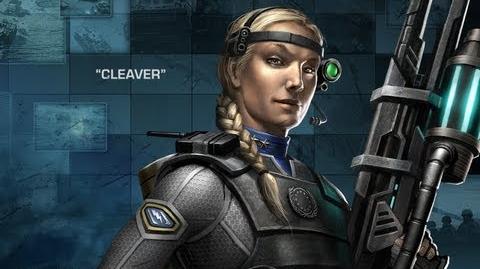 EU Faction Focus From Gamescom Command and Conquer Free to Play
Faction Focus
Add an image to this gallery
Retrieved from "https://cnc.fandom.com/wiki/European_Union_(Generals)?oldid=241060"
Community content is available under CC-BY-SA unless otherwise noted.