Evacuate Mobius was the 12th main mission in the GDI campaign of Tiberian Dawn.

Having defeated Nod in Greece, GDI had a way to bypass the line of fortifications which Nod had constructed against a southwards assault, by attacking from the south. The defection of neutral Turkey to GDI following the fall of Greece only strengthened their position in the south. Meanwhile Nod forces in Ukraine had finally been driven into Crimea and decisively defeated.

But GDI did not wish to have to leave massive garrisons in Nod, Europe, it was a global conflict after all. Much as they had done in Slovakia they had established hospitals within GDI bases for those suffering from Tiberium sickness led by famous doctor-scientists. One hospital was led by Dr. Mobius himself, the other by another leading GDI doctor-scientist.

But the fierce Nod counter-attack had singled out these bases for destruction. Though repulsed they had heavily damaged the buildings in both bases and most crucially eliminated their Tiberium refineries and Construction yards. With the bases no longer viable in the long run it had now become a priority to rescue the scientists.

The commanders which included James Solomon now had to use the limited resources at hand which could not be replenished without any Harvesters able to collect Tiberium to repair the base and build up a force capable of launching an offensive to eliminate all the SAM sites in the area.

Despite their limited resources the commanders were still able to destroy the SAM sites. The Chinook helicopters finally arrived and left with the scientists. After this the remaining GDI forces in the area dismantled their base and left the area before more Nod forces could arrive.

The doctor-scientists were relocated to more secure locations in Bulgaria and Albania, establishing new hospitals for Tiberium sickness. When the population saw the care given to the patients at these hospitals their hearts warmed to the GDI so that the new governments established by GDI in Albania and Bulgaria were able to attract public support.

Meanwhile GDI forces freed up from Ukraine had finally crushed the uprising in Belarus thus restoring their occupation government. Only Yugoslavia, Bosnia and Croatia now remained under Nod control. The GDI now prepared for their invasion of Yugoslavia. 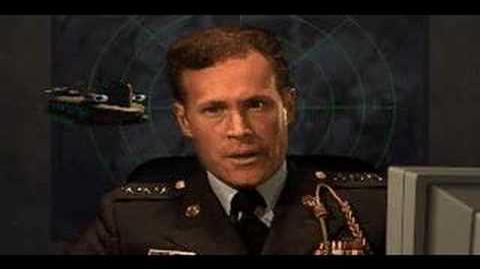