Eviction Notice is the 4th mainline Nod operation (5th including optional) to reclaim their Sarajevo temple from GDI forces.

GDI has secured the Holy Ground the temple rests on. Your objective is simple, locate it and remove the GDI incursion. They are not expecting any Nod forces, so the element of surprise is yours. The temple and its knowledge must remain intact. One vision, One purpose!

GDI's destruction of the Sarajevo Temple had effectively ended the First Tiberium War between GDI and Nod. The blasted ruins of this Temple of Nod had been left undisturbed for 28 years, a twisted monument to a past many would rather forget.

However GDI research teams had recently begun to excavate the temple, something which alarmed Kane greatly for he knew that within the Temple lay secrets that GDI must not discover. Consequently, upon his return in September 2030 it was his first and most urgent priority to regain control of his old home.

Sarajevo and the rest of Bosnia were at the time part of a GDI Military zone extending into Croatia and Serbia. While actually getting to Sarajevo would not be a major problem for Nod given the sparse and scattered GDI forces in the region Sarajevo would still be alerted of their advance if the Radar station to the south in Greece was not eliminated first.

Oxanna Kristos had insisted that given the urgency of the mission there was "no time to start in the south" but it is unknown if Anton Slavik took her advice.  But if he had GDI forces would have been quickly alerted to their presence and so put up a stronger fight, otherwise they would have simply been taken by surprise.

The area of Sarajevo closest to the site of the old Temple had been overrun by Tiberium and the GDI base in the immediate area was tasked with organizing the evacuation of local civilians, probably to the GDI relocation sites in the arctic areas of the world. It was in the midst of this civilian evacuation that Nod forces arrived in the area.

Nod forces arrived to the north-east of the battlefield, on the opposite side of the river from Sarajevo and the GDI base. If they had earlier eliminated the Greek radar array then the GDI base would initially have been completely unaware of Nod's presence, entirely preoccupied with their evacuation.

To their south however, along the road was a GDI checkpoint inside a small village which was defended by a Vulcan Cannon. Upon their approach a GDI sympathizer within the village tried to enter his car and alert the small, poorly fortified base further south which consisted of a Barracks and some GDI power plants.

Had the civilian reached the base then he would have alerted it of their presence, although conquering that base would not have been a particularly difficult for Nod and if it could have been captured intact, it would allowed the recruitment of such powerful GDI infantry units as Disk Throwers and Medics to bolster Nod's forces.

Eventually Nod forces were able to storm the Sarajevo base, destroying or capturing all the GDI buildings in the area and killing all the GDI soldiers that they could find. Around the same time they returned to their old ruined temple and claimed it as their own once again.

But just as they were about to claim victory, 2 mutant infantry units arrived and snatched the Tacitus, the very thing which Kane was most interested in acquiring, right from their grasp.

Nod forces had been able to openly return to their Sarajevo temple for the first time since the end of the First Tiberium War an act that was doubtlessly of great symbolic importance to Nod propagandists and a great boost to the morale of Nod.  The Sarajevo Temple would indeed one day be rebuilt as Temple Prime after the Second Tiberium War was concluded.

However all was not quite well for Nod as the Tacitus was gone; stolen by an unknown hand while another of Kane's great treasures, a huge 'alien' warship was also found to be missing.

Unknown to Anton Slavik and even Kane at the time, General Vega had secretly been excavating the Temple himself; perhaps GDI had never even been excavating at all and it had been his forces all along. He had managed to access the alien ship's underground hangar and had even tried to fly it to South America to "settle an old score".

But he was unsurprisingly unable to effectively control the ship and consequently managed to crash it somewhere in the USA (actually on the western border of Texas).  But he had sent a transmission to Anton Slavik and Kane informing them as to what had happened.

Anton Slavik was immediately sent to North America to track down and salvage the alien ship. While he would eventually succeed in this task, due to the offensive launched by Michael McNeil in North America it would take some time for him to locate and gain access to the crash site, by which time Michael McNeil had already managed to get there first.

At the same time General Vega had also managed to escape the crashed ship unhurt and return to his base in Central America and reassume command of the Nod forces operating the Americas, including those fighting against Michael McNeil in the USA. 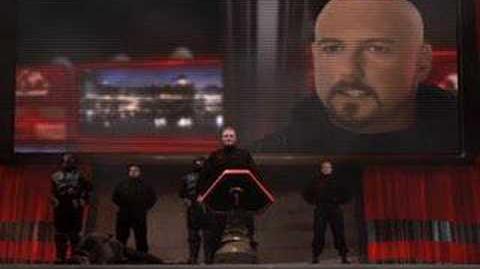 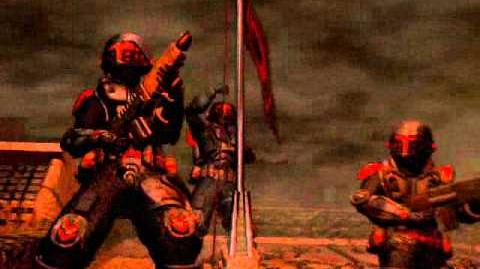 Retrieved from "https://cnc.fandom.com/wiki/Eviction_Notice_(Tiberian_Sun)?oldid=231859"
Community content is available under CC-BY-SA unless otherwise noted.