Fanatics are the Brotherhood's suicide bombers appearing in Tiberium Wars and Kane's Wrath.

Members of the Brotherhood that are most devoted to its cause are called fanatics and with good reason - they are willing to sacrifice their lives to allow Nod's mission to succeed. Just before heading off on their mission, they perform their last rituals in the Hand of Nod. In forward battlefield bases, an Operations Center is required for the training of Fanatics, who come in squads of five.

Fanatics have Tiberium-based explosive charges strapped to their chests. Upon reaching their targets, they detonate them: vaporizing themselves, but causing heavy damage to the target as well as splash damage to everything within the area—and causing zero damage to their fellow squad members. However, if they are killed before they make contact with their target, they die harmlessly. There is one caveat though: if they are killed with flame weapons or explosives, their packs will still detonate.

It should be noted that such is their irrepressible and unconditional desire to lay down their own lives in honor of Kane, that Fanatics show absolutely no fear in the face of enemy fire, no matter how intense it might be. Because of this, they cannot be suppressed. For such unyielding bravery and zeal to their cause and the cause of Nod, as well as for many other reasons, fanatics were praised by Nod writers, particularly Confessor Marcion.

Fanatics are expendable infantry that fill a unique battlefield role: they are not strictly anti-infantry, anti-vehicle, or elite troops. When a fanatic reaches their target they detonate, dealing a lot of damage to an individual vehicle or effective area damage against squads of infantry. If they are killed before reaching their targets, they simply die and do not detonate. They won't get blown up by their own squad members exploding, etiher.

Fanatics are effective against any unit that lacks strong anti-infantry firepower. They run very quickly - being some of the fastest infantry units in the game, and are completely immune to suppression. While at 700 credits they are fairly expensive - considering they deal damage through suicide, they can easily recoup their cost in many situations. For example, a squad of fanatics can take out a squad of Zone Troopers, or several light vehicles in a matter of seconds. They're also handy for creating windows of opportunity or exploiting brief gaps in an opponent's defenses. They can rush turrets and overwhelm them, and take out buildings in an opponent's base quickly. They can also chase down high-cost enemy units like Annihilator Tripods that are badly damaged before they can get back to base for repairs.

There are two simple ways to deal with fanatics: Lots of anti-infantry firepower or ground attack aircraft. They are very vulnerable to anti-infantry units. Anti-infantry infantry can effectively deal with them in large groups, and any losses sustained should be cost-effective, anti-infantry vehicles will dispatch them effectively, but can be easily overwhelmed if not monitored, and anti-infantry turrets are extremely effective against them. Fanatics are also powerless against airborne aircraft. In terms of cost-effectiveness, Fanatics remain as a precarious choice for dealing with tanks relative due to their high cost, and due to the heavy armor of tanks. Scrin vehicles combined with Buzzers by themselves stand as an already significant deterrent.

Typical ways to enhance fanatics are to use them in groups - attacking with many at once means more of them will get within detonation range. Tiberium Infusion is a great upgrade for Fanatics - as it not only makes them faster, and immune to Tiberium radiation—but it also makes them significantly harder to kill. 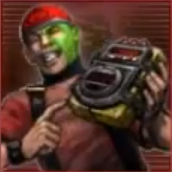 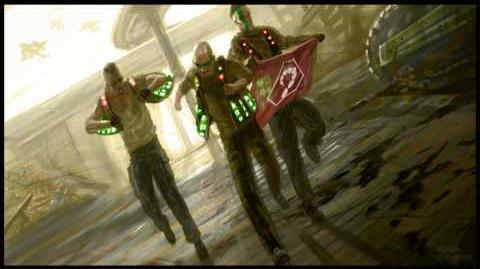 Retrieved from "https://cnc.fandom.com/wiki/Fanatics?oldid=227204"
Community content is available under CC-BY-SA unless otherwise noted.