Forever Sets the Sun is the seventh mission of the Allied campaign in Command & Conquer: Red Alert 3. It is the final Allied operation against the Empire of the Rising Sun.

After the battle in Mount Rushmore, the Allies were able to gather the momentum needed after Ackerman's death. His loyalist forces in the US were sent to trial while others were pardoned for merely following orders of their deceased President. Field Marshal Bingham showed some regret for the death of Ackerman, but said that it was the only option they had to stop Ackerman from crippling the alliance with the Soviets, as well as killing many good soldiers and civilians with his unreasonable desire to wipe the Soviets from the face of the Earth.

However, it was then that there was some good news for Bingham and the Allied Commander: Agent Tanya and her intelligence teams had determined that the heads of the Imperial High Command were meeting in Tokyo - all of them. This meant that with a decisive strike at Tokyo, the Allies and the Soviets could very well cripple the Empire of the Rising Sun in one fell stroke.

Pleased with this report, Bingham thanked Tanya for the intel and charged the Allied Commander with the mission, while he had Lt. Eva send word to the Soviets. As soon as that was done, Tanya looked at Eva as the British female intel officer congratulated the Allied Commander for the operation at Mount Rushmore in the US, giving a rather unhappy look at Eva and replied that she should stop flirting with the Commander, as they had a job to do. Eva replied to the Commander as soon as Tanya was out of earshot and video image that she was not flirting with him, but merely making conversation, thought she seemed to smile a lot more than before.

The Allied Commander had to admit that it was slightly amusing to see Eva and Tanya talk to one another, but placed that out of his mind for the time being, as he focused on the task at hand.

In order to clear the path for the Soviet reinforcement, the Allies, led by their commander, held off many Imperial counterattacks. They also destroyed a blockade in front of the Shirada Docks to make way for a Soviet invasion. However, Krukov and Cherdenko ultimately betrays the Commander, saying that their forces cannot arrive in time and leaving the Allies to face the Imperial forces alone.

The Imperial counterattack waves are as follows:

After Tatsu told the Allied Commander and his forces their Soviet co-belligerents deserted them, he unraveled and unleashed the Psionic Decimator with three of these installations to reduce the Allied invasion bases to nothing but psi-ravaged cinders. Fortunately, the Construction Yards and any unit far away from the bases managed to survive the Psionic Storm.

After the Decimator attack, two Chronospheres were constructed. And one of the Allied Commanders teleported an MCV across the area to flank the Imperial defenses, they received more funds to rebuild and/or repair everything they had lost, making sure those who were eliminated did not die in vain.

Commander Lissette used the Chronosphere to warp her MCV across the harbor, along with several Mirage Tanks and Athena Cannon reinforcements.

A forcefield, formed by the Nanoswarm Hive, protected the Superweapons and the Allies waited 30 seconds until the Nanoswarm Shield disperses. During the patient waiting for the right time to strike, Apollo Fighters protected the Century Bombers by fending off Jet Tengus, while Vindicators bomb the grounded Defender VX Turrets.

After holding off the Imperials, the Nanoswarm Shield protecting the Decimators dispersed, leaving those abominable psionic weapons vulnerable. The Allies take revenge by using four Century Bombers, escorted with Vindicators and Apollo Fighters, to level the three Decimators and the Nanoswarm Hive which almost annihilated the Allies and nearly squashed the invasion attempt. Bombs were seen falling from the sky, destroying the devices and leveling some King Oni guards as well.

Located on an artificial island in the north-west of the Allied base was Tenzai Robotics, responsible for the Imperial vehicles - representing the latest in military robotics, and, if left unchecked, a grave threat to the Allied armor. This robot-manufacturing factory was alerted to the Allies' presence and thus manufactured a sizable robot army, namely Striker/Chopper VXs, Mecha/Jet Tengus - and even the monstrous King Onis - after them, in their bid to drive the invasion force off. The Assault Destroyers - and the Allied Commander's strategy - proved to possess more firepower than Tenzai Robotics can handle, even though some met their end by several King Onis.

The Nagama Dojos represented a threat to the Allied infantry. That facility was known for training and sending out Imperial infantry, namely Shinobi, Rocket Angels, Tankbusters, Imperial Warriors - and even the much-dreaded "Yuriko Omega" herself - to storm the Allies' invasion bases. The Peacekeepers fired their shotguns and took out as many Imperial troopers as possible, even if some meet their end by the Shinobi and "Yuriko" herself. In a matter of seconds, Tanya detonates the C4 in the Nagama Dojos, while the Javelins activated their special ability and rapid fired on the leftover Imperial vehicles.

Yuriko Omega put up an impressive fight - but she was captured by the Allied forces and sent to a prison camp in Guam. Now that she was there, the camp took care of her under the orders of Field Marshall Robert Bingham, not noticing her psychic powers could destroy it. During the Command & Conquer: Red Alert 3: Uprising (The Traceless Massacre), Yuriko escapes from the detention center and goes back to the Shiro Sanitarium.

The Shirada Docks was the last target. Naval warfare is a military department the Empire always exceled at, and their mighty Imperial Navy, manufactured by these ancient docks, proves it right. It sent the entire Imperial Navy after the Allies, but even the capital ships of the Imperial Navy: the Shogun Battleships were eventually shrunken down to size and finished off with Assault Destroyers. The Aircraft Carriers sent their Sky Knights to decimate the docks. What remained of the Imperial Navy tried to counterattack, but they ended up having the same fate as the rest of the fleet.

Act 4: Land of the Setting Sun

In one final attempt to crush the Allied invasion force in their drive for Tokyo, the Empire's most powerful fleet, commanded by the forward-thinking militarist Prince himself, has arrived to defend Tokyo. An all-out naval battle ensured on the harbour but despite all their might and weaponry, the Imperial fleet - thanks to the Allied Commander and his Assault Destroyers - was reduced to a graveyard of Shogun Battleship wrecks. The Allied navy now truly ruled the seas once more.

With Tatsu now out of the way, the Allies unleashed the Chronosphere to warp their armies over in order to finish what remained of the Imperial armies and to stab at the heart of the Imperial military, more, specifically Toyama High Command HQ.

Once the Chronosphere warped in the armies of the Allied Commanders, the armies ripped apart the remains of the Imperial armies. Mirage and Guardian Tanks caused King Onis to collapse in burning wrecks, and Tsunami Tanks exploded one after the other. Jet Tengus and Chopper VXs got downed by Apollo Autocannons, and finally Athena Cannons used their long range lasers to bombard the Wave Force Towers, thus clearing the way for the armies to destroy Toyama High Command. After the destruction of the HQ, every surviving Imperial unit surrendered afterward, though some prefer death before dishonor, thus ending the Empire of the Rising Sun. Shinzo Nagama and Kenji Tenzai managed to escape but Naomi Shirada was assumed to have been killed as she is never seen or mentioned again.

The Allies had reduced Tatsu's supposedly invincible fleet to ruins and smashed Tokyo all the way down to no more than ruins of its past glory, it is without doubt that the war was all over for Japan. Let there be no doubt of the following fact:

The Rising Sun had set.

Soviet scientist Dr. Gregor Zelinsky defected to the Allies and informed Bingham about Cherdenko and Krukov's attempt to get revenge for Ackerman's attempt on destroying Moscow.

Now the Allies knew that the Soviets abandoned them in the first place. The Soviets used the Empire as a lure to distract the Allies, so they could attack the undefended Allied cities and leaving only the Allies and Soviets now, exactly like before the Empire even existed.

You start the Mission with a few Factories, these include:

When the mission is started, you will immediately get some Nanocores that will build a base on the starting island. It is handy to destroy the cores before they unfurl into turrets and factories.

When the initial attack is repelled, start building air units to destroy the turrets first. What also can be handy, is setting up an outpost on the site where the Nanocores wanted to build. This can be handy when trying to save the units before the Psionic Decimators strike.

The bonus objective is to destroy all of the Defender VX's and the Imperial docks. This bonus objective is not crucial and will speed up the mission. After you complete (or the timer runs out for when the Soviets arrive), A cutscene will play with Mecha Tengu/Jet Tengus flying over.

At this point, move all your land units away from the base and sell all the buildings in your base (except the construction yard)This will give the player some extra cash (to the northeast of the starting island)! if this doesn't happen, they will be destroyed by the superweapon!

When disaster has struck, all off the buildings have been destroyed, and all the units that survived are on half health. The player and the AI don't have any production capabilites. The Chronosphere (Red Alert 3) Will be given to the player. At this point, the player will have two options:

These options are player specific.

The most handy option to pick, is teleporting your own mcv to the northeast. When your MCV has been deployed, you will get the following units teleported at your base:

Use the units you got to destroy the superweapons first, so they don't destroy the base of you (or the co-commander). From then, the player has his own choice to choose what they want to destroy first.

At first, the Grand Dojo's are the most handy to destroy first, otherwise you will constantly get Rocket Angels and a Yuriko Omega at your doorstep.

Use spies to infiltrate refineries to be able to last long in this mission. 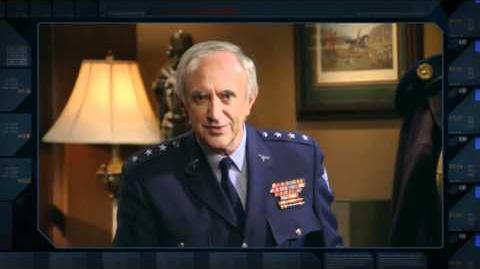 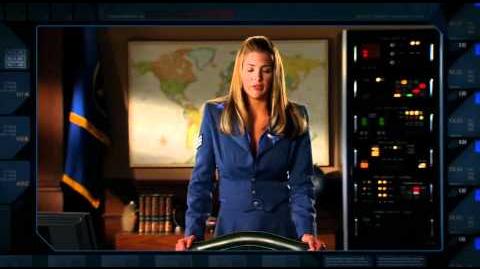