Another new concept introduced for technology centers during the Third Tiberium War was supporting "low tech" units with newer technology. Mortar, Railgun, and Tungsten AA shells upgrades were made available from the centers, though ZOCOM didn't implement Railguns. Steel Talons also employed the Adaptive armour upgrade from the technology center. Finally, the Advanced turbines upgrade enables a rapid 50% increase in power grid capacity, until that capability was extended to the Command post later in the conflict.

Finally, GDI Command also used it as a place to organize and call in airborne Sharpshooter teams, save for Steel Talons division, which placed less emphasis on infantry.

GDI tech center design follows the process of previous Tiberium Sun/2nd War Upgrade centers, in which most upgrades acquired also create addons for the building. Nod became dissatisfied with centers that were geared for only providing current technology and began replacing their technology centers with the research-oriented technology labs before the Third Tiberium War. It is probably not a coincidence that they look suspiciously like Scrin's Technology Assembler, which serve as the aliens' own technology centers.

Compared to the Nod Techlab or the Scrin Technology Assembler, the Tech Center is a vital upgrade that boosts the effectiveness of all branches of the GDI Military, and should not be neglected under any circumstances. All of GDI's cost efficient units, including their most effective Mammoth tank (Tiberium Wars) unit, require this structure to be built. While Nod can get by with harassment and the Scrin with Shock troopers to hold the line, delay or denial of the Tech Centre can prove decisive in a GDI match.

In KW, Steel Talons are less vulnerable to this as their Titan Mk. II walkers are still rather effective (although they benefit strongly from the unlocked Adaptive armour research when available); meanwhile ZOCOM forces are reliant on deploying Zone Raiders to deal with enemy forces and teching to the MARV by constructing a Reclamator Hub, which once secured can offset the price of the technology rush. In a pinch Zone Shatterers can be deployed to assist in securing the MCV during the construction of the Tech Center. 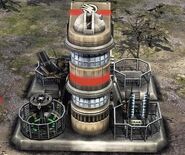 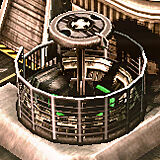 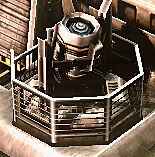 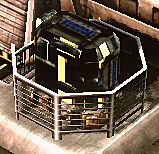 When sold, Tech Centers return a Grenadier squad instead of the standard Rifleman Squad.

Retrieved from "https://cnc.fandom.com/wiki/GDI_Tech_Center_(Tiberium_Wars)?oldid=230063"
Community content is available under CC-BY-SA unless otherwise noted.