Dr. Zelinsky is an expert in relativity and physics, considered one of the most intelligent minds of the Soviet Union, Zelinsky created the USSR's Temporal Displacement Device in a year-long secret project. Being forewarned, he protested when his superior Colonel Cherdenko wanted to use the time machine, warning him that they have no idea what the effects of changing the time line would be. He was forced to accompany Cherdenko and General Krukov on a trip into the past to eliminate Albert Einstein, and he tried in vain to stop Cherdenko from assassinating the famed scientist. Upon their return to the altered present, they discovered that Zelinsky's fears were well founded, as the previously unknown Empire of the Rising Sun had just launched a massive invasion on the Soviet Union.

During War of the Three Powers, he began to regret what he had done. He knew that it was he who was responsible for the creation of the Empire of the Rising Sun, as well as the war. He began the war working for the Soviets, but then defected to the Allies, to whom he gave information about his time machine, as well as the secret Soviet base in Cuba.

In the Allied campaign, he defects to the Allies after the defeat of the Empire of the Rising Sun and gives them valuable information about the secret Soviet base in Cuba. The rest of his fate is unknown, but due to the Allied victory it is implied he is still alive and works for Field Marshal Bingham informing him of the Soviets' remaining assets.

He was good friends with Dr. Shimada likely after the Allied victory and together must have worked to better maintain peace and order with their research.

In the Allied Campaign, Zelinsky doesn't appear with his glasses (most likely because he was in a hurry to reach Berlin before the Soviets became aware of his defection).

In the Soviet campaign, Zelinsky secretly contacts the Soviet Commander, warning him about Cherdenko's interference with the timeline and the catastrophic results. He mysteriously disappears afterwards, and his ultimate fate is unknown. It is likely that he either defected to the Allies like in the other two timelines, or was eliminated by Cherdenko.

In the Empire campaign, Emperor Yoshiro and Prince Tatsu learned about the Soviet time machine and that that they and their Empire should never have existed through their android spy, President Ackerman, who was talking with Dr. Zelinsky. As the Soviet Union fell to the Japanese, Dr Zelinsky took charge of all remaining Soviet forces and retreated to the Allies' last stronghold. When the Empire attacked the FutureTech HQ, Zelinsky unleashed total destruction with some kind of experimental superweapon, destroying most of Amsterdam. Although the Empire managed to bring in reinforcements and destroy the FutureTech HQ, some kind of chrono rift appeared at the HQ just before its destruction. His fate at the end of this campaign is total termination. Considering the final words he utters before the HQ came crumbling down, it is likely he perished in anger. 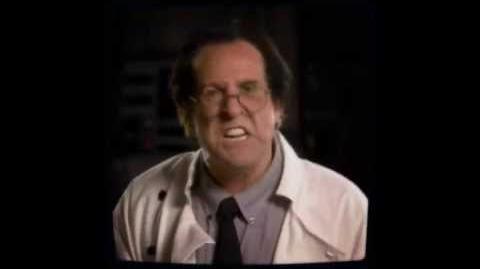 Retrieved from "https://cnc.fandom.com/wiki/Gregor_Zelinsky?oldid=226779"
Community content is available under CC-BY-SA unless otherwise noted.