The Guardian drone was an American unit cut from Generals.

Controlled by the Guardian Control Center structure, it would have operated in the same way as the robot tanks controlled by the Robot Control Center in Red Alert 2. Its armament suggests that it would have been primarily an anti-tank drone, designed to supplement USA forces in combat rather than provide base security as opposed to the sentry drone. The unit still exists within the game files and can be placed through the World Builder, however the unit's stats are simply placeholders.

Alongside the unused Repair Drone and Medic Drone, all were promptly replaced by the sentry drone in the final game.

The Guardian Drone Appears in the Zero Hour Mods, Shockwave, Rise of the Reds and Contra. 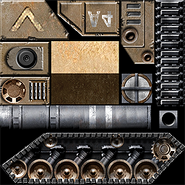 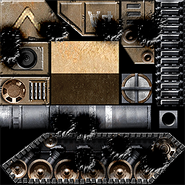 Texture 2
Add an image to this gallery
Retrieved from "https://cnc.fandom.com/wiki/Guardian_drone?oldid=222876"
Community content is available under CC-BY-SA unless otherwise noted.