HaloGen was a total conversion mod for Command & Conquer: Generals: Zero Hour. The mod was developed by Slipstream Productions and Derelict Studios, and takes place in the Halo universe. It was the first attempt to bring the Halo franchise in the RTS genre.

From the available videos and screenshots from the mod, it seemed that only two playable factions were available: the UNSC and the Covenant.

The mod was never released, and its three-year long development ended in September 2006, after a cease and desist order from Microsoft. It is assumed that the reason was the then-upcoming Halo Wars game for the Xbox 360, under development from Ensemble Studios, as the game was announced at X06 shortly after HaloGen was cancelled. Several subsequent attempts by different teams to bring the Halo universe to Command & Conquer mods were made, the most prominent being Evolutions: Real Time Strategy Evolved. 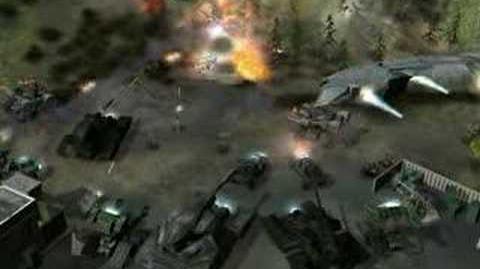 Retrieved from "https://cnc.fandom.com/wiki/HaloGen?oldid=225929"
Community content is available under CC-BY-SA unless otherwise noted.