Start a Wiki
Harvester Hunting is the eighth mission in the Nod campaign of Tiberian Sun: Firestorm.

Prior to our main assault on CABAL, we need to slow down his production capabilities. CABAL is harvesting Tiberium heavily in Eastern Africa. Proceed there and eliminate CABAL's harvesting facilities. Our forces are scattered at this time and we can only afford to provide you with a small strike force.

Use the new Fist of Nod mobile production facility to build up an effective strike force and crush them.

﻿With the situation becoming extremely dire for Nod, Slavik was forced to approach General Cortez for a ceasefire and unholy alliance against CABAL. As GDI was also in a predicament thanks to CABAL's betrayal after recovering the Tacitus, as well as the ion storm that cut communications with the Philadelphia, Cortez reluctantly accepted the proposal, though not without warning Slavik the consequences of terminating the alliance before CABAL was destroyed.

GDI and Nod combined their intelligence and determined the location of CABAL's true core in Libya. However his base was too well defended for a direct assault so GDI and Nod decided to focus on CABAL's auxiliary bases to weaken the AI's footing. GDI, with better resources and technology, would focus on destroying the cyborg production facilities while Nod, with its infamous hit-and-run tactics even in their weakened state, focused on eliminating CABAL's harvesting operations. A civilian village was also present, and Nod would (ironically) have to protect the village from forced cyborg recruitment.

A Mobile War Factory was inserted into the area, and CABAL's harvesters scattered to collect the vast amounts of Tiberium surrounding the lone Nod unit. The Nod commander had it deployed into the Fist of Nod and started producing a division of Tick Tanks and artillery pieces. A squad of attack buggies were produced to hunt the Tiberium fields for CABAL harvesters, allowing the Nod tick tanks to pounce while the artillery rained shells from afar. Initially CABAL took no notice of this but sent a few patrols after the Nod forces.

A short while later Nod's EVA detected a cyborg raid on a village northeast of the Nod position. Slavik ordered the commander to resuce the civilians and prevent their capture by CABAL. After taking out the Veinhole blocking the way for the tick tanks to advance the buggies and attack bikes rushed ahead and engaged the attacking cyborgs. CABAL apparantly anticipated this and more cyborgs burrowed out at the village gates to entrap the Nod units. However the tick tanks arrived in time to destroy the cyborg ambush and finished off the rest of CABAL's machines.

With the village safe, GDI transported some Nod engineers to the Fist of Nod via Orca transport. An earlier Nod scouting team reported two harvesting bases in the area - one undefended base in the northwest and the second, more heavily defended, base in the south east of the Nod position. With funds running low despote the money crates littered around the place, it was best for the Nod forces to capture the northwest CABAL base and use it to get more funds.

CABAL's attacks were becoming more frequent and more powerful, so the Nod group relocated and headed towards the northwest base. Escorting the engineers they outflanked the base from the north and swiftly captured CABAL's construction yard, tiberium silos and refineries (along with a harvester that was still depositing its load) while taking out any cyborgs present and the defense emplacements. Nod could now go on the offensive with a much larger arsenal of weaponry - including a cyborg commando, hunter seekers and a missile silo.

Nod now started commencing hit-and-run raids on CABAL's second base while harassing the AI's harvesters. CABAL taunted the commander's tactics but these tactics were working for the Nod forces, whose dogged persistence and human ingenuity eventually won the day. Even though the primary objective was to destroy all of CABAL's harvesters, refineries and silos, the Nod forces pretty much destroyed everything that was CABAL-affiliated.

﻿GDI confirmed that the cyborg production plants had been destroyed at the same time as Nod's disruptions of CABAL's harvesting operations. Slavik and Cortez deemed to be the right time to assault the CABAL Core, even though CABAL still had many defensive measures to protect its core. 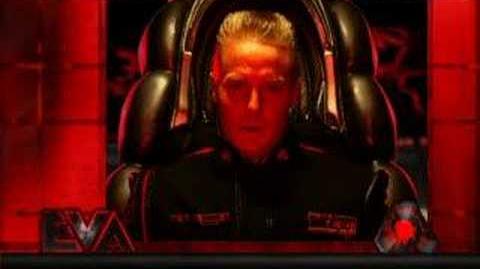 Tiberian Sun Firestorm -- Nod 8
Briefing
Add an image to this gallery
Retrieved from "https://cnc.fandom.com/wiki/Harvester_Hunting?oldid=222995"
Community content is available under CC-BY-SA unless otherwise noted.