Operation: Head Games is the seventh and final mission of the Soviet campaign in Command & Conquer: Red Alert 2: Yuri's Revenge.

After learning of his exact whereabouts, the Soviets sent a strike force to establish a base of operations and to wipe Yuri off the face of the earth forever. The traitor in question had fortified himself within his ancestral castle home of Transylvania surrounded by three bases under his command to protect him. The central base was of Yuri's own remaining forces while an Allied base to the west and a Soviet base to the east were also under his control by two Psychic Beacons. The Allied and Soviet forces had previously attempted a failed assault against Yuri's base. With three factions under his command, Yuri was poised to defend his fortress with every soldier he could control - Allied, Soviet, or his own.

The Soviet forces in the area were vastly outnumbered, and only had a small force at the beginning of the battle. However, they were able to bring in reinforcements and they had access to Grand Cannons. There are also some freedom fighters in the area. Once they destroyed the Psychic Beacons, they were able to gain the upper hand.

A local Allied base was also nearby, but under the control of Yuri's Psychic powers. However, it was heavily guarded, and quite well-prepared. There were several legions of infantry and armour, along with access to reinforcements via a Barracks and War Factory.

Yuri's forces were largely understaffed, and were focused on defending the castle. However, there were several battalions of tanks and infantry. Captured Allied and Soviet forces beefed up his army and due to several mining operations and Grinders being fed with civilians, Yuri had no lack of funds. His forces were prepared to fight to the end.

A Battle of Arsenals

But not all was lost for the Commander, who challenged Yuri's psychic army. The Soviet Commander made use of a group of freedom fighters consisting of Terrorists and Demolition Trucks from a small camp in the far eastern forest as well as a Tech Secret Lab that held the plans for the French Grand Cannon defense turret.

With these tactics at his disposal, the Commander destroyed two Grinders that were providing Yuri's forces with cash generated by the harvesting of local civilians from two nearby villages. In addition, the Commander utilized the plans captured at the Tech Secret Lab to construct Grand Cannons to hold off against Yuri's powerful and combined attacks from all three factions under his control.

This bought the Commander enough time to build and deploy an Iron Curtain and a Nuclear Missile Silo to use against Yuri's Psychic Beacons controlling the respective Allied and Soviet bases. The madman still had his own trick up his sleeves. Yuri had deployed his own superweapons, a Genetic Mutator and one final Psychic Dominator in response to the Commander's greatest strategy.

Yuri's own superweapons inflicted heavy casualties on the Soviet Commander's forces with psychic and brutal powers. Yuri also ordered the Allied and Soviet bases under his control to construct a Weather Control Device and a second Nuclear Missile Silo on the battlefield to kill the Commander, himself.

But before Yuri could make use of either superweapon, the Commander succeeded in destroying the two Psychic Beacons and freed the Allies and Soviets from Yuri's control. Surrounded by both the Soviets and the Allies at last, Yuri's forces dug in for their last stand.

Unfortunately for Yuri, his defenses were unable to withstand the combined might of the Soviets and Allied forces. Yuri's superweapons were destroyed almost as fast as he had deployed them and soon enough his fortress was surrounded by Allied and Soviet soldiers, vehicles, and aircraft. With one final combined assault by the Soviets and Allies, Yuri's fortress crumbled to the ground, along with whatever trace of the madman's existence remained and his loyalists died underneath the rubble...

Yet it was still not over. Beneath his ruined castle fortress, Yuri had somehow survived and had managed to capture the Time Machine from San Francisco that the Soviets had used at the start of their campaign. After revealing his plans to the Soviet Commander and Lt. Zofia, and proclaiming that the world was his "to Command and Conquer", he activated the Time Machine to go back into the past.

In the last seconds before Yuri disappeared into the past, however, Lt. Zofia quickly entered the Time Machine's command coding to override Yuri's control of the machine, and sent Yuri back far beyond his destination to the time of the dinosaurs just as the Soviets had accidentally traveled to before in Time Shift. Lt. Zofia had also drained the Time Machine's power reserves, meaning that Yuri could not return back home from that point in time unlike the Soviets had in their first mission, and it was there that Yuri died from a t-rex.

With the last of Yuri's forces eliminated and the Allies surrendered, the Soviets were victorious at last, with no more great power to oppose them. Stock exchanges around the world began to close as cities began to cheer for their new heroic communist leaders. Using the space technology acquired from Yuri in To the Moon, the newly funded Soviet space program by Romanov began their exploration of the cosmos as communism expands across the solar system...

The player starts off with an MCV, several Rhino Tanks and Tesla Tanks, and 2 Flak Tracks with infantry inside.

Be advised that Yuri's army guarding the grinder include Brutes, Virus, and Psi corps. A force composition which include Mastermind welcome the player so be prepared. After a few minutes IFV's with Terrorists and Desolators inside them are sent out to the player in hopes of large explosions destroying the base. These can be dealt with Tesla Coils, or the Secret Grand Cannon. It's usually best to use a nuke in order to eliminate the Psychic Beacons. It's also advised to nuke the one the Allies have first.

Last but not least is to deal with the Trans Fortress. It's advised the player gathers a large attack force, given the fact that the Trans Fortress has the second highest hit points in C&C History, the first being the Scrin Towers from Tiberium Wars and Tiberium Twilight. Furthermore, the Trans Fortress can withstand even all 3 superweapons at once.

The best way to get rid of the Trans Fortress is to use the Iron Curtain on a Flak Track with Seals inside and send it towards the fortress. Note that Crazy Ivans won't make up for Seals. A neat trick at this point is to construct an optimum defense and invest in the Iron Curtain and a battalion consisting of Rhinos (Tesla is better if time and resources spared), three Demolition trucks and at least an Flak track loaded with engineers. Move these forces near Yuri's base before the player uses the Iron Curtain. Now psi immune, send the vehicles up into Yuri's base. They will focus on cleaning and take over the Yuri's construction yard while the three demo trucks destroys Yuri's production buildings. If executed well this will badly cripple Yuri. Spy plane may be called to distract the gatling units. Grand cannon may be constructed beforehand so that when the Construction yard is taken the cannon may be immediately deployed. If the castle is destroyed, Allied and Soviet under Yuri's mind control is automatically liberated if the Psychic Beacons were still operational.

On the middle far right of the map, there is a Secret Tech Lab that gives access to a Grand Cannon. If a unit is sent to the bottom right of the map, Terrorists and a few Demolition Trucks will be provided for the player. 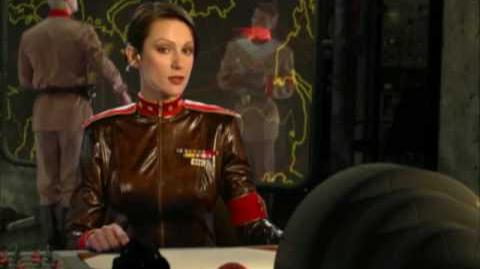 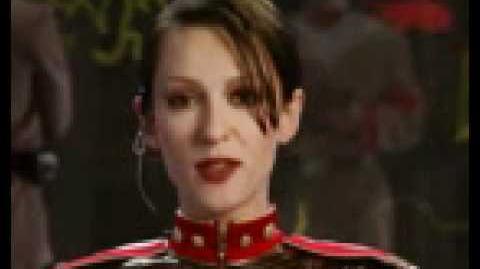 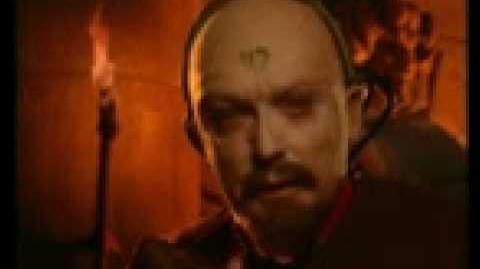 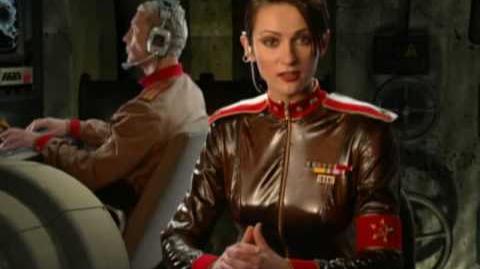 Retrieved from "https://cnc.fandom.com/wiki/Head_Games?oldid=245528"
Community content is available under CC-BY-SA unless otherwise noted.