The Betrayal of Kilian Qatar

Hearts and Minds is the tenth mission in the Nod campaign of Kane's Wrath.

After the destruction of Temple Prime, Killian Qatar took control of the Brotherhood. Kane, realizing the betrayal of Kilian (which was a plan plotted by Alexa to prove to Kane that Killian was traitor), contacted LEGION and Alexa to free a city that supported Nod troops from Scrin mind control. The Scrin division was none other than the insidious Traveler-59 sect, which focused on mind control. Considering that this was a Yellow Zone, this meant that the very framework of the Brotherhood was endangered, since Yellow Zones provided support and followers. In order to prevent Scrin from controlling this zone, LEGION was ordered to eradicate all Scrin presence in the area, and liberate the population.

While LEGION built up the base Nod scouts reported that Scrin Cultists, human/Scrin hybrids akin to Nod's former cyborgs, were controlling Nod units nearby. In order to bring them back to his control, LEGION ordered squads of units to attack the Cultists in order to kill them and make the mind-controlled Nod soldiers loyalists once more. Upon liberation, the freed units were under LEGION's command. Most of them were Black Hand units, which implied that the area was previously occupied by Black Hand divisions.

After the first Drone Platform fell, Traveler 59 saw it needed to use a bigger weapon to crush the Nod forces - it found its answer in the Eradicator Hexapod. Upon summoning, it quickly crushed the attacking Nod forces and began moving towards LEGION's base. LEGION was then authorized to build a Redeemer to counter the Eradicator. Once constructed, it, and a small elite squad of Nod troopers, were able to intercept and destroy the Epic Unit before it could reach the base and destroy it. The Eradicator Hexapod, being an elite and special heavy unit, was extremely powerful, capable of withstanding Obelisk of Light lasers and crushing tanks with ease.

Despite the heavy alien onslaught, LEGION won and survived the battle, much to the Abbess's surprise. By this time Kane warned the Nod AI that despite it being the future of Nod, there are those within that simply could not be trusted. As the war went on, Alexa's paranoia levels increased and Kane's only goal yet to be completed was to regain the Tacitus from GDI. 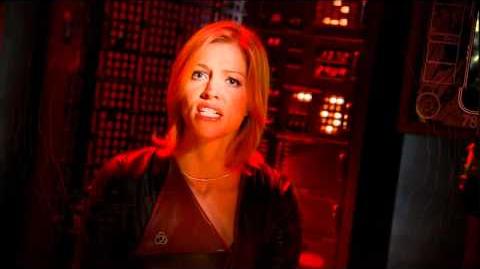