The Heavy tank is the Soviet Union's main battle tank in Red Alert 1. While the tank is purely fictional, the tank resembles a T-80U in cut scenes, albeit with a twin-barreled main armament.

This tank epitomizes the basic approach of the Red Army: overwhelming firepower. They are stronger than the Allied tanks but more expensive to produce, and slower. Soviet commanders can even the odds by constructing more than one War Factory in order to produce Heavy tanks faster, thus allowing them to overwhelm Allied tanks (this of course requires a lot of resources).

The Heavy tank was replaced by the Rhino heavy tank by the Third World War.

The basic tank of the Soviets, the Heavy Tank is equipped with twin 105mm cannons, giving it twice the punch of the nearest Allied equivalent during initial contact, the Medium tank. It sacrifices movement speed and rate of fire for this bonus, but the net result still makes it a formidable opponent on the battlefield. Like the medium tank, the vulnerability to infantry applies here, though to a slightly lesser degree as each volley still does appreciable amounts of damage to single infantry targets.

Contrary to popular belief, the heavy tank does not deal twice the damage per second compared to the Medium Tank. Though it sports twin 105mm cannons, the medium tank sports a single 90mm cannon which shoots faster than the Heavy Tank's 105mm cannon while dealing the same damage. By the time it takes a medium tank to fire out 7 shots, a heavy tank has fired out 10.

In one of the expansion missions a malfunctioning Chronosphere altered the weapons of units, causing its guns to discharge lightning instead.

Heavy Tank knocked out in the forest

A Soviet base under Allied bombardment. A single-barreled Heavy Tank is parked behind the guard tower.

Heavy tank in the view of binoculars

Heavy Tank in Remastered
Add an image to this gallery 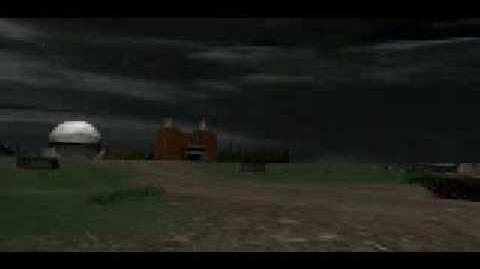 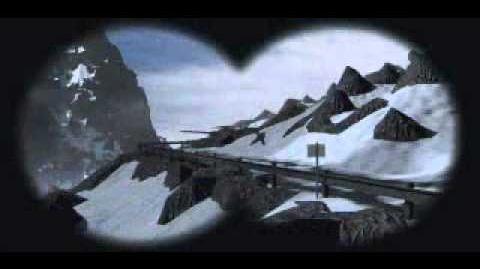