Operation: Hostile Shore is the second mission of the Soviet campaign in Command & Conquer: Red Alert 2.

The United States was so surprised by the speed and ferocity of the Soviet invasion that the Soviets had already captured Washington DC, along with a few states on the eastern seaboard. Although the Americans were retreating, they were still putting up a fight. Soviet leaders discovered that the Americans were building a navy in Florida.

In order to prevent the Allied Navy from interfering with Soviet operations, General Vladimir and a young commander were dispatched to eliminate the Allied naval base that was capable of sending out strike fleets along the Atlantic Ocean.

The Soviets deployed several Rhino Tanks and Conscripts to overwhelm the shore defenses, and then set up a base to call in reinforcements. In order to protect themselves and destroy the Allies, the Soviets immediately sent in their Typhoon Attack Submarines. Vladimir's Dreadnought was to provide support, but he abandoned the mission early on.

The Allied presence in the area was minimal, but there were legions of Grizzly Tanks and G.I.s at the Allied base. There were also several Pill Boxes defending a mining operation where the Soviet base was to be. The Allies' main strength was in their Navy, made up of several Destroyers.

Initially, Soviet General Vladimir provided fire from his Dreadnought to clear the beach while an amphibious strike force under a junior commander landed and set up a base. The strike force was escorted by some of the Soviet Union's Typhoon Attack Submarines. A Soviet base was built next to an ore field on top of the destroyed American base, just south of a collection of resorts.

The Soviets quickly came under attack from the US Coast Guard. General Vladimir, thinking Allied resistance will be minimal, brazenly attacked the naval base, ignoring the dangers. When he came under heavy fire, he withdrew his Dreadnought from the battlefield. As a result, the Commander stood alone against massive shelling by Allied Destroyers. Realizing they had underestimated the enemy, Zofia quickly sent a relief force of submarines, while giving the Commander authorization to build some of his own at the Soviet shipyard

The Soviet Commander quickly used his submarines to eradicate the Destroyer flotillas and the Allied shipyard to prevent any more naval attacks. Meanwhile the Commander built a division of Rhino Tanks. A Flak Track scouted the area and found the base defended at the main entrance. However the sides were unprotected, which the Rhinos used to their advantage and began attacking the Allied base. A tank battle ensured between the Rhinos and the defending Grizzlies, but the Soviets were too numerous to defeat and the base, along with the rest of the Allied forces present, were destroyed.

Upon hearing of the victory, General Vladimir quickly returned to Moscow. Credited with the defeat of the Allied Navy, he was awarded the Order of Stalin by Premier Romanov at a military parade in the Red Square. The Commander, who did most of the work, was debriefed by Yuri, who appeared to be sympathetic to the Commander.

The end result depends on the time of completion. If the par time is beaten, the Soviets capture several American officers. If not, then the Commander is commended for destroying the fleet, despite the high losses and without the capture of those capitalist dogs. 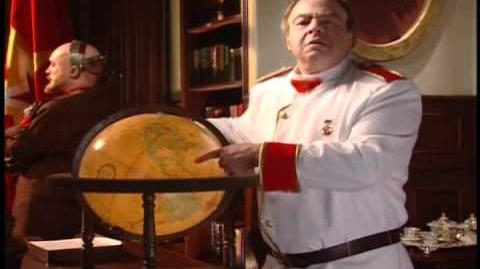 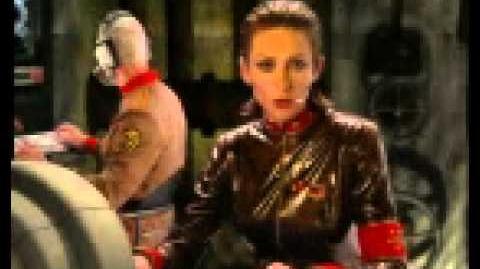 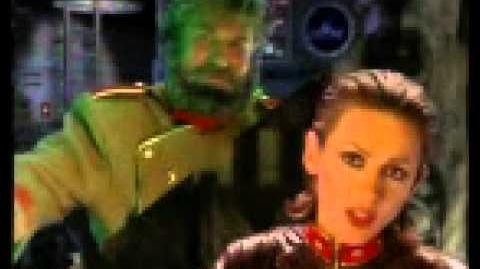 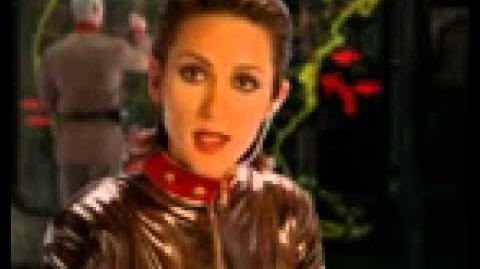 Retrieved from "https://cnc.fandom.com/wiki/Hostile_Shore?oldid=231900"
Community content is available under CC-BY-SA unless otherwise noted.