In The Box is fourth GDI mission in the Tiberian Sun: Firestorm campaign. It takes place in Poland during the Firestorm Crisis.

CABAL’s core is believed to be in this area. Using an engineer, infiltrate and capture the core. Cut off enemy reinforcements by destroying the two bridges that supply this base. Nod is utilizing self-powered laser fencing to protect the core from intruders. Disable this fencing by capturing the appropriate command stations using local civilian technicians. Once inside, neutralize any remaining defense systems guarding the core.

Tratos's assassination by the hands of Nod forces had jeopardised GDI's research of the Tacitus device. Dr. Gabriella Boudreau, in particular, blamed General Cortez for the apparent lack of security for Tratos's protection and stated that his death had put GDI research years behind schedule, by which time humans would already be extinct. Already GDI had to quell down uprisings by the Forgotten population against the civilians by peaceful means with the loss of their only leader.

However Bordreau did have another idea, one that Cortez or GDI would not favour under normal circumstances. Bordreau suggested capturing and reactivating Nod's advanced AI, CABAL, reasoning that CABAL assisted with the translating of the Tacitus for Kane. Under the present circumstances Cortez relented and ordered the Firestorm Taskforce commander to capture what was believed to be CABAL's core located in Poland.

Unbeknownst to GDI, CABAL had already been reactivated by Anton Slavik and was the mastermind behind the Genesis Pit event and Tratos' assassination. Also CABAL had already begun his insurrection against the Brotherhood but managed to keep GDI intelligence believing the infighting was another sign of Nod splintering...for now.

Once arriving at the theater, GDI constructed their base near an available Tiberium field. There was no time to spare, as Nod began storming GDI's position with Tanks, light cavalry, a tunnel attack, and an infiltration attack. With hard management, GDI succeed in repelling the near endless offensive. GDI also expanded their harvesting operations to another field, by writing off a guarding unit in the area. GDI then began scouting the area with their mechs and airplanes. Peeling of defense layer after layer, they finally encountered an opposing civillian techician who offered help to disable the power grid of the Laser fence. GDI, disregarding usual protocols to form alliances, quickly accepted the offer and gave him a ride and an escort force. After disabling the fences, destroying the bridges and breaking the final line of resistance, an engineer was sent to take over CABAL.

﻿CABAL was eventually reassembled and brought online by GDI. Despite its allegiance to Nod and Cortez's uneasiness, CABAL was connected to the Tacitus and began translating. However CABAL noted the device itself was incomplete, before Dr. Bordreau confirmed that there was a piece missing.

They speak about something (???)

CABAL connection through the world..

It goes also other way around for scouting.

GDI flies over the terrain with all their Orcas to show CABAL's base and possible defences and entrances.

GDI finds technicans that want to help by shuting down laser walls.

They and GDI troops are transported with Amphibious APCs.

They release soldiers on the other side of water.

Troops make their way into CABAL's base.

And another long prepared strike force does so from front entrance due to shuting dawn laser walls.

And they surround CABAL's core.
Add an image to this gallery 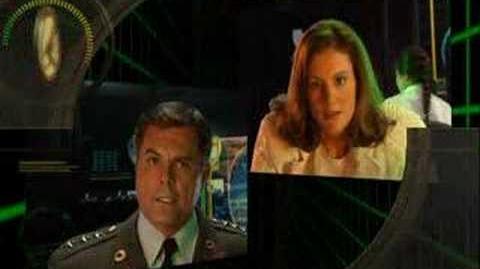 Capturing the Nod Radar station inside the base will remove the shroud, revealing the entire map.

Retrieved from "https://cnc.fandom.com/wiki/In_The_Box?oldid=230217"
Community content is available under CC-BY-SA unless otherwise noted.