Changes weapon depending on infantry garrisoned within

The Infantry Fighting Vehicle (abbreviated as IFV) is a versatile and lightly armoured recon vehicle used by the Allies during the Third World War and the Psychic Dominator Disaster. It is designed as a support unit capable of performing a variety of roles, including anti-infantry, anti-air, and vehicle repair, depending on the infantry unit garrisoned within.

The IFV can be garrisoned by one infantry unit. This will cause its weapon to change. Without any infantry inside, it is primarily an anti-aircraft unit and fires a weaker version of the missiles used by the Patriot Missile System against both ground and air targets. While fast, the IFV is very lightly armoured. It requires support from other vehicles or the element of surprise in order to last long. However in the early game, the IFV can be used for scouting and recon missions, thanks to its high speed and good sight radius.

An IFV that has been promoted to heroic however becomes surprisingly effective as both an Anti-Air and Anti-Ground unit; capable of destroying Kirov airships and other durable air units with just a few salvoes of missiles. It also becomes dramatically more effective against ground targets, killing groups of infantry in a single salvo, tanks and most large buildings in a few, like the Barracks, War Factory, or Ore Refinery. That said, it should be micromanaged because of its light armor.

See this article's video gallery for demonstrations of each combination.

When garrisoned with a President, Cow, or other animal, the IFV will gain a Prism weapon similar to that of the Prism Tower, but more powerful. This does not usually happen during regular gameplay. Mind-controlling civilian units does not work, because mind-controlled infantry cannot be garrisoned.

It is not known to operate after the events of the Psychic Dominator Disaster. After Cherdenko changed the timeline, the Allies improved upon the designs of the IFV resulting into the Multigunner Infantry Fighting Vehicle by the time of the War of the Three Powers. 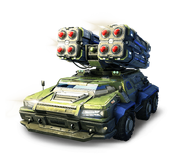 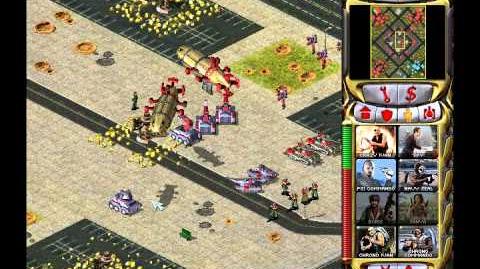 Retrieved from "https://cnc.fandom.com/wiki/Infantry_Fighting_Vehicle?oldid=243129"
Community content is available under CC-BY-SA unless otherwise noted.