It Came From Red Alert! was a secret campaign from Aftermath after the Allied victory against the Soviet Union under Josef Stalin, the first Soviet Premier.

When the Soviets were defeated, several unidentified animals came out of nowhere for the victorious Allies. They were the Giant Ants, an arsenal of only ants. Field Commander A9 was given orders from Ben Carville, his American adviser on the pressure of Allied leaders to destroy the ants. One discovery was found that the ants came out of a deserted, but Soviet research laboratory somewhere in Europe and the Commander was ordered by Greek officer Stavros to remove them. So, after the discovery was clear and starting to clear those ants out, Field Commander A9 approved himself by doing four missions in this secret campaign as he could. 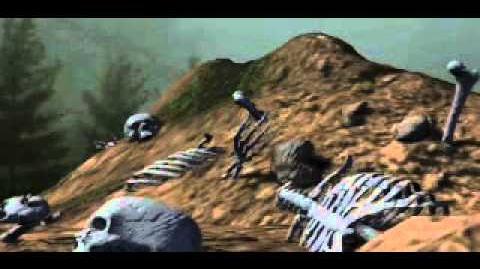 C&C Red Alert - Ant Mission - Intro - It Came From Red Alert
Intro sequence in Counterstrike
Add an image to this gallery
Retrieved from "https://cnc.fandom.com/wiki/It_Came_From_Red_Alert!?oldid=152283"
Community content is available under CC-BY-SA unless otherwise noted.