The Juggernaut was GDI's long range artillery walker during the events from Tiberium Wars and Kane's Wrath.

After the Second Tiberium War, GDI retired most of its mechanized walkers, including the famed Mammoth Mk. II[1], after it was discovered that the advantages conferred by their all-terrain capabilities were offset by construction and maintenance cost, poor reliability, and easily exploited vulnerabilities[2] (i.e. their legs' susceptibility to explosives[3]).

However, walker technology was still used and developed by the Steel Talons experimental combat division of GDI,[4] who developed a variant of the Juggernaut Mk. I mobile artillery walker known as the Behemoth. This walker addressed its vulnerability to enemy infantry via the addition of an infantry-capable garrison pod, and proved so successful that it was expected to enter full service after a period of testing with the Steel Talons.[5] Unfortunately, after a string of humiliating defeats at the hands of the Nod AI known as LEGION, the Steel Talons faded into obscurity, and so did the Behemoth.

By 2047, the only walker still in GDI service is the Mk. III Juggernaut mobile artillery system – a direct descendant of the Mk. I Juggernaut in TW2. The Mk III is based on a Mk. II Titan chassis with a new turret and crew pod, upgraded cannons, and a next generation fire control system. Because these vehicles are intended for indirect fire support and are not expected to be on the front lines, the advantages conferred by all-terrain navigation were deemed worthy of the risks.[2] 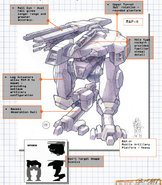 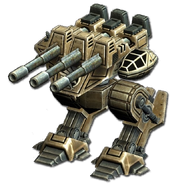 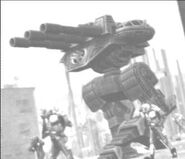 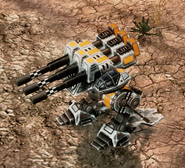 Juggernaut husk icon
Add an image to this gallery 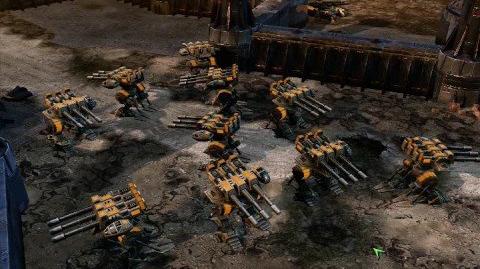 Retrieved from "https://cnc.fandom.com/wiki/Juggernaut_(Tiberium_Wars)?oldid=245077"
Community content is available under CC-BY-SA unless otherwise noted.