Battle for the Pentagon

Liberating Langley AFB became a major strategic objective after retaking the Pentagon, as air support was essential to retaking Blue Zone B-2.

When GDI lost air support after losing GDS Pathe and air bases in the region, its ability to transfer troops and support ground forces was severely crippled. GDI command decided that Langley Air Force Base, home to the Air Combat Command, should be the first objective when securing air dominance once more, as a small GDI outpost on the coast was still holding out against Nod and time was running out. By the time the strike force arrived, only two airfields remained operational.

By the time the GDI strike team arrived at Langley, the Nod forces were about to overrun the outpost. A GDI battleship took out any Nod armor at the outpost while GDI grenadiers, riflemen and missile squads repelled the Nod attackers. With the outpost relieved it began reinforcing their defenses against the successive waves of Nod attackers. GDI then began clearing the surrounding area in the city and rescued four Bravo team sniper squads from their besieged positions. Grenadiers cleared any Nod-garrisoned buildings and an APC-Pitbull team recaptured a tiberium refinery from Nod forces, re-establishing continued source of funding.

With the city secured, GDI was ready to take the surviving airfields back from Nod. However Nod had the key access points guarded by Shredder Turrets, which would shred the GDI soldiers. Not willing to risk it, the rescued sniper squads sneaked up to the turrets until they were in range to provide the coordinates for the GDI battleship to shell. The battleship struck at the turrets, clearing the way for the counter-attacking GDI forces to move onto the air force base. Nod attempted to push them back with countless militia soldiers, raider buggies and attack cycles but all were destroyed at the cost of rising casualties.

GDI finally reached the airfields which were guarded by Nod soldiers. The former charged in and killed all the guards there but left the airfields intact. As soon as the airfields were captured by GDI, Orcas had arrived at the airfields, glad that they landed at a friendly base with little fuel to spare.

Pushing Nod out of Langley

Even though the airfields were recaptured it did not mean that GDI air superiority was re-established. They first needed to push all Nod forces out of the area. Destroying their production facilities would severely cripple Nod's fight in Langley. Grateful for the refueling, the Orca pilots decided to assist the GDI forces and proceeded attacking the Nod base. With virtually no anti-air emplacements, the Orcas had been given a free run and demolished every Nod production facility in the base. The ground forces moved in and after some resistance from the survivors, the remaining Nod forces retreated or surrendered.

﻿The recapture of Langley AFB marked the end of Nod air superiority in the Eastern Seaboard. However GDI still needed to recapture another strategic base: Hampton Roads. 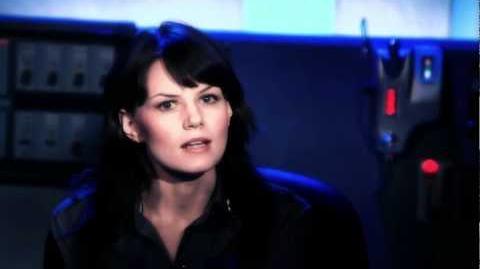 Retrieved from "https://cnc.fandom.com/wiki/Langley_AFB_(mission)?oldid=244704"
Community content is available under CC-BY-SA unless otherwise noted.