The Mammoth tank is an American vehicle cut from Command & Conquer: Generals.

The developers intended a variation of the Mammoth tank to appear in the game at some point. However, the idea was scrapped very early on. Likely, the vehicle was reimagined as the Chinese Overlord tank seen in the released Generals, while its role of American advanced tank given to the Paladin tank. 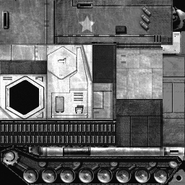 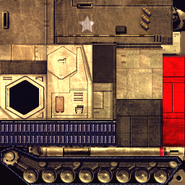 Texture
Add an image to this gallery
Retrieved from "https://cnc.fandom.com/wiki/Mammoth_tank_(Generals)?oldid=220600"
Community content is available under CC-BY-SA unless otherwise noted.