The Mantis is a support droid available to the Black Hand in Kane's Wrath.

The Mantis was designed specifically for anti-air defense to fill the gap left after the cult rejected optic camouflage technology, including the Stealth tank. It has a large capacity anti-air missile battery (which can be upgraded to Tiberium core missiles) and a set of sophisticated sensors, allowing it to detect any cloaked vehicles or infantry. When massed in sufficient numbers, it is more than capable of destroying even the heaviest of aircraft.

While the Mantis lacks the optic camouflage and the ability to attack ground-based targets of the stealth tank, it is less expensive and requires far less technological knowledge to build.

The Mantis, being a robotic vehicle, is immune to the Scrin's mind control technology, and is deployed by theBlack Hand (despite their loathing of "soulless machines") as an anti-air droid hardcoded for absolute loyalty and utter dedication to its role.

During the Ascension Conflict, a newer model of the Mantis was deployed. This model is human piloted, and can engage both air and ground targets.

The Mantis is highly maneuverable and possesses incredible firepower against enemy aircraft. However, its thin armour often means that lone Mantises are vulnerable to aircraft that target them before they can fire back enough to do much damage. Therefore, when used in air defense, they may need to be deployed in groups, or with other units which are AA-capable. Their stealth detection ability gives them some extra advantages in ground battles, where they can double as a scout unit due to their high speed when necessary, though they are not cost-efficient for this role. 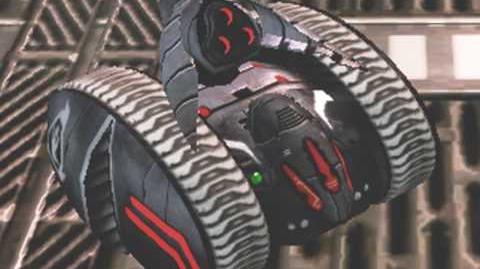 Retrieved from "https://cnc.fandom.com/wiki/Mantis_(Kane%27s_Wrath)?oldid=237555"
Community content is available under CC-BY-SA unless otherwise noted.