March of the Red Army

March of the Red Army is the fourth mission of the Soviet campaign in Command & Conquer: Red Alert 3. The battle was fought at the Allied stronghold in Geneva, Switzerland. Victory in this city would help the Red Army in securing control of continental Europe.

When the Empire of the Rising Sun invaded the Soviet Union at its exposed eastern fronts, the Soviet military had focused all their attention in driving the enemy back from their homeland, away from the besieged Allies in Western Europe. Ironically, the Empire gave the Allies a chance to lick their wounds and reorganise themselves while the Soviets were distracted. Furthermore, the election of a new US president, the staunch anti-communist Howard T. Ackerman, had re-energized the Allies. American money and troops will soon be pouring into Europe. Premier Cherdenko realized the need to speed up the Soviet conquest of Europe before the reinforcements arrive and called the new President an "ignorant fanatic".

The target was Geneva, the Allies' central command center in Europe. If Geneva was taken, the Allied primary communications and organization network would collapse, sending their military command structure into chaos and preventing them from striking back at the Soviet army.

The Soviet Commander arrived by Lake Geneva, while Commander Oleg attacked the Allies on land. Both met strong resistance from the Allies, who utilized the Chronosphere to bring in naval reinforcements. The commander of the Allied forces in the area, Lissette Hanley, sent schools of dolphins (somehow able to survive in a lake) to attack Soviet naval forces, followed by Assault Destroyers and Aircraft Carriers.

The Soviet Stingrays proved no match against the Allied navy, but Soviet Akula submarines soon arrived to neutralize the threat, and after a long protracted naval struggle, the Soviet fleet had managed to defeat the Allied naval forces and destroy their production facilities.

Both Soviet commanders sent some of their Combat Engineers to capture some of the Swiss Banks in the area to fund their operation. Some of the banks were protected by buildings garrisoned by Allied infantry, but Soviet Conscripts managed to clear them out using their Molotov cocktails.

The Soviet forces, consisting of Hammer tanks, Sickles, and infantry, then moved in and destroyed the Allied army base in the south-east, clearing the way for General Krukov's forces and allowing him to establish his own base.

General Krukov approached from the south-east and seized the Palace of Nations where he built his base. He also took command of some of the Swiss banks that was previously captured by the Soviet Commander for his own use.

The Soviet forces began their final push on the Allied HQ. The Allied base was well defended by Spectrum Towers and Athena cannons, but the Soviet Commander was given access to V4 rocket launchers, allowing him to destroy the Allied defenses from afar. The sheer number of Soviet attackers eventually brought down the Allied fortifications and leveled their base. Commander Lissette was forced to retreat, but promised that she will return.

The Soviet victory at Geneva proved to be a major turning point in the European theatre as the destruction of the Allied Command Center and the ensuing confusion amongst their forces allowed the Soviets to make great gains in Western Europe and reduce the effectiveness of Allied resistance. With their primary command-and-control network disabled, each Allied regiment in Europe was essentially cut off from the others, allowing the Soviets to destroy them in a piecemeal fashion, and preventing American reinforcements from rallying and presenting a strong threat to the Communist invaders.

However, Soviet internal frictions began to show more and more following the battle. Krukov complained to an increasingly irritated Premier Cherdenko that he did all the work and that the Commander nearly jeopardized the operation, setting the two men into a bitter rivalry that would eventually culminate into open conflict between them, including an attempted assassination on the Premier...

The Player starts with a naval base but can build a factory and a barracks near his co-commanders land base. Lissette will then chronoshift a fleet of assault destroyers and aircraft carriers near the players naval base prompting Dasha to send in the new naval unit for the mission: The AKula subs.

The next part involves Krukov arriving to reinforce the players forces. The next new unit is the V4 rocket launcher units which are useful on killing the Spectrum towers that threaten the Hammer tanks. Once all allied structures are destroyed the mission is a win. 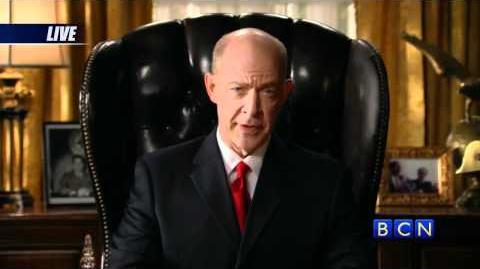 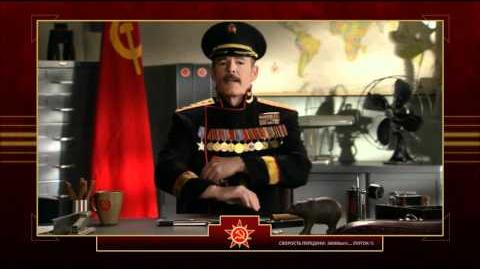