The MiG was China's multirole fighter for the 21st century, armed with two napalm missiles that could be used effectively against ground targets or locked onto air targets.

Chinese weapons experts then worked further on unique designs, resulting in the Chinese MiG. Fast and agile, MiGs could be deployed early in a conflict from airfields. Groups of MiGs could create firestorms by all attacking the same target. They could also target aircraft, but with little effect (as napalm simply pour down from hit aircraft with little damage).

Some generals equipped their MiGs with different payloads. General Tsing Shi Tao's MiGs had uranium missiles, which could be upgraded. General Tao's nuclear MiGs, although normally only encountered later in a battle, were very dangerous, packing firepower similar to the Nuke Cannon artillery. They were formidable against almost anything, although a number of accidents occurred when nuclear MiGs attacked other aircraft, then flew straight into the blast.

To compensate for the lack of ejection seats (slightly), China opted to not install countermeasures on their aircraft, but instead chose to develop advanced armor plating instead.

Tactical Nuke MiG - available for General Tsing Shi Tao only. General Tsing's MiGs had radiation-tipped missiles by default, not napalm missiles. With this upgrade (from the Nuclear Missile Silo) his MiGs had missiles with critical mass, giving them a small nuclear explosion. The "Nuke-MiG" is far more devastating against vehicles and infantry, but didn't create a Fire Storm, which is more useful in some situations.

Individually, MiGs lacked the firepower to cause significant damage against heavily armored targets. However, working in groups MiGs excelled at torching several enemy units at once by creating a huge firestorm. This required four MiGs to fire all eight of their napalm missiles at the same location, but were just as deadly as the ones created by Inferno Cannon artillery.

Better yet, firing 16 missiles makes a firestorm so large, that even an armored vehicle would dismember and melt before it was fully engulfed in the flames! 12 MiGs make storms so huge, an entire Overlord Tank can be completely engulfed, and most likely turned into steel soup. The fact that MiGs could be deployed so early in a conflict worked to China's advantage, as they could use MiGs to take out vulnerable supply units and buildings before sufficient anti-aircraft defense had been established.

Not even Stinger Sites can take them down easily when the MiG's have the Black Napalm upgrade.

One could argue that an ability to create a self-sustaining firestorm was a major flaw, although the sheer destructiveness of the warheads coupled with the long-term effects of the radiation more than compensated for this.

Like their American counterparts, MiGs generally suffered somewhat from poor armour. Squads of missile armed infantry were still dangerous (but they ran a risk of being cooked if spotted by the MiG pilot), but not as much of a threat as anti-aircraft vehicles like the Quad Cannon. US Air Force General Malcolm 'Ace' Granger's King Raptors can easily outclass the MiG and instantly destroy most, if not all of the MiG's fired missiles with its point defense laser module. Standard USA Raptors also took their toll on MiGs unless severely outnumbered.

Promotion for MiGs is fairly difficult, although easier for General Tao's MiGs, because a MiG can only be promoted if a unit or structure is destroyed upon impact of its missile(s), which are somewhat mediocre by themselves; if a unit or structure is destroyed by the resulting inferno, the MiG will not receive promotion, no matter how many kills the MiG has achieved in this manner. Since General Tao's MiGs, upon receiving the Tactical Nuke MiG upgrade, deal more damage upon impact, promotion is made easier. 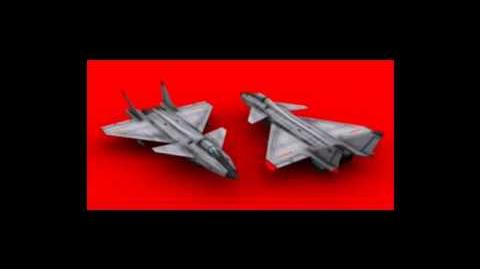 Retrieved from "https://cnc.fandom.com/wiki/MiG_(Generals)?oldid=230237"
Community content is available under CC-BY-SA unless otherwise noted.