The Minigunner forms the core of both GDI and Nod's infantry in Tiberian Dawn.

GDI's Minigunners are typically armed with a mix of GAU-3 Eliminator 5.56mm chainguns (that de-facto operate pretty much as regular 5,56mm assault rifles) and updated versions of the older M16 rifles. Nod forces however, from their origins as a terrorist organisation, were originally forced to use available stock of M16 5.56mm assault rifles for their basic infantry, while relegating more advanced equipment to elite units [1]. However, towards the end of the First Tiberium War, both forces adopted the Cobretti AR-70 Raptor automatic rifle into widespread use.

It should be noted that during the course of the conflict, GDI was forced to reduce their infantry training time gradually, from three months of basic training, to eight weeks, and finally to four weeks[2]. Oddly enough, Nod seemingly had no such problems, although this remains unclear. Further, the quality of GDI equipment in some theatres worsened gradually throughout the conflict, as their supply system was unable to keep up with the massive demands of the global conflict[3].

Meanwhile, Nod managed to keep their soldiers well-equipped throughout the conflict with standardized uniforms and equipment, although these still differed between different conflict zones; some regiments were uniformed in urban camo fatigues while others wore red and black uniforms.

It is therefore feasible that certain GDI regiments may have been forced to use non-standard equipment (such as outdated steel helmets and basic flak vests instead of PASGT armour, as witnessed in Renegade) from the available stock towards the later days of the conflict, as Nod forces did in the earlier days.

By the time of the Second Tiberium War, both GDI and Nod had replaced Minigunners with the next generation of Light infantry.

Minigunners are trained at Hand of Nod installations or Barracks installations for GDI forces. Whilst weak individually, when used in groups they can pose a threat to other infantry (especially Rocket Soldiers) and some light vehicles. Their effectiveness against armour is limited, however.

GDI's Grenadiers, Guard Tower emplacements and MRLSes, and Nod's Flamethrower Infantry, Flame Tanks and Artillery pose a major threat to the survival and welfare of these basic infantry squads. 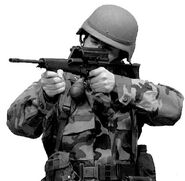 A group of three GDI Minigunners

A cameo image from C&C Remastered with Russian text on it.
Add an image to this gallery 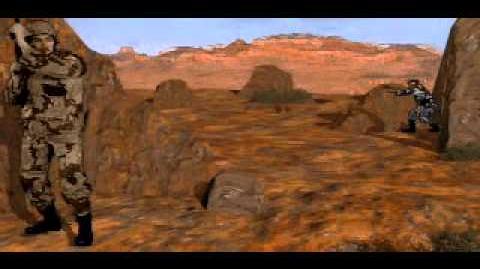 C&C Tiberian Dawn - Guy Killing Another Guy in the Desert 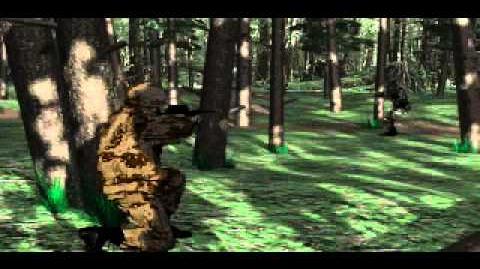 Retrieved from "https://cnc.fandom.com/wiki/Minigunner_(Tiberian_Dawn)?oldid=240216"
Community content is available under CC-BY-SA unless otherwise noted.