Nod destroy the Forgotten base and steal the fake Tacitus

The Mutant Extermination is the fourth missions in the Nod campaign of Tiberian Sun: Firestorm.

The mutant vermin have once again made themselves known to us. They have stolen the Tacitus that I...we have worked so hard to obtain. If Kane's vision is to be fulfilled, we must find the mutant encampment and recover the Tacitus. Once it is safely removed, terminate any mutants who decide to remain in the area. Perhaps this will teach them not to interfere with us ever again.

﻿During a heated meeting between the Inner Circle members, Marzaq accused Slavik of ordering the reactivation of CABAL and the assassination of Tratos without the Inner Circle's consent. While Slavik admitted to reactivating the Nod AI, he denied giving the order to kill Tratos. Tired of the bickering CABAL revealed that it gave the order to remove the mutant leader. Slavik demanded why and berated CABAL to stay in line with Nod. Transmission was then cut off with the Inner Circle, the AI blaming ion storm interference. He then briefed Slavik's subordinate to recover the Tacitus stolen from CABAL by what remained of the organised Forgotten.

As Nod forces moved into the area. The commander found out that it is a pretty good area for a base. There was a lot of Tiberium and itself,the area was easily defendable. So,after the Nod MCV was put in place. Nod sent in scouts to scout the area. And have found quite a few Veinholes. Without hestiation,the Commander sent in his Tick tanks and his Stealth tanks to take care of nearby Veinholes. Then,Nod sent in infantry to find the Mutant base,and after a small walk. They've found a Mutant checkpoint. After that,Nod found another veinhole. However,the infantry retreated back and the Commander built up a base,then. Nod sent in Cyborgs and light infantry to distract another Mutant checkpoint,whilst his Rocket Soldiers took out the Veinhole. The commander then quickly built legions of Artillery and tick tanks,and along the surviving Rocket soldiers. Held off the first Mutant Checkpoint and easily destroyed Mutant soldiers trying to destroy the Nod base. He then built a few Helipads and then constructed Harpy's,the commander used them to destroy the Enemy's defenses and Factories. Then,in response to the Mutants' arial attacks,Nod sent in Devil's tounges backed up by Harpy's to destroy the enemy's Helipads,then. Nod went on the offensive,with Artillery,tick tanks,Rocket soldiers,and some Cyborgs used to distract the Mutants. All backed up by Harpy support. And then,the Mutant base slowly fell. With constant reinforcements. And little resistance by the Mutants,Nod had assured victory. And then,after stealing the Mutants' Truck containing the Tacitus. The Nod soldiers destroyed what's left of the Mutant base.

﻿The Tacitus was recovered but the device turned out to be a fake. CABAL was furious at Nod's inability to recover the real Tacitus, while the Inner Circle decided to have CABAL shut down for its independence. What happened next would nearly bring down the Brotherhood as a global military force... 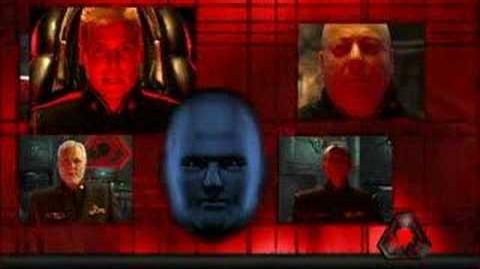 Tiberian Sun Firestorm -- Nod 4
Briefing
Add an image to this gallery
Retrieved from "https://cnc.fandom.com/wiki/Mutant_Extermination?oldid=230841"
Community content is available under CC-BY-SA unless otherwise noted.