The son of a minister from the Ministry of Experimental Science,[1] Nikolai Moskvin rose to prominence in Red Army's biggest Tesla trooper regiment thanks to his unconventional, brutal tactics. By the time of the War of the Three Powers he was in charge of the Soviet Union's experimental forces.[2]

General Nikolai Moskvin is notorious in the Red Army as a sadistic, unpredictable commander. It is said that his mood swings are as unpredictable as his tactics. He changes from cool to hysterical rage without warning.

However, regardless of his mood, his strategies are bound to be aggressive. This unstable Commander regards the Allies and the Japanese as fools and crazy people but holds special valors for all of his loyal brothers. He is somewhat pleased to work alongside the Soviet Commander and serves him well especially when sent to exterminate the enemy.

He shows signs of mental instability, but no one has dared to tell that to his face.[3]

Moskvin was defeated by the Allied Commander, Tanya and Commander Warren in a battle in Cannes. It is possible that his defeat is due to the fact that General Krukov never helped to decide joining Oleg at the last Soviet fortress in Europe. Moskvin was very angry when the Allies destroyed his base.


However, he joined the Allies at Gibraltar and warning the Commander to don't push him around. Although Natasha and himself did their part well, he still resented the Allied top strategist and joined Oleg in Cuba to better plan surprise attacks against the Allies.

Moskvin was surprised by the Imperial invasion and managed to notify Soviet intel officer Dasha Fedorovich of the attack before retreating. In the Soviet Campaign, he helped a Soviet commander, who later rose to become Premier, take back the Krasna-45 launch facility outside Moscow. The young communist handled Natasha for the operation which resulted in a total success. However Shinzo managed to escape.

He also participated in the Operation To Tame a Living God. He was happy clearly because he could finally slay someone important. He demonstrated excessive violence and determination for the whole mission. He remained loyal to the Soviet Commander and participated in the killings of Shinzo, Kenji and Naomi. He took part in the Blight on the Big Apple and made several remarks on how to better eliminate agent Tanya. When the Statue of Liberty was finally taken by the Red Army, Moskvin expressed that he never felt so much joy and had the best fun of his life.

He encouraged the General to return to Mother Russia where he would be given a great welcome.
Moskvin however decided to stay in New York claiming he wanted to have more... fun.

With the defeat of the Soviet Union's leadership at Leningrad, Moskvin quietly slipped away, finally free of the short leash he was kept on due to his... mental problems. Along with him came a small, but dedicated force of troopers. It is apparent that Nikolai finally lost his marbles after the war.

He and his forces were present across the world, which included a small, remote island in south Asia, where he faced his ultimate nightmare, the Shogun Executioner, again, but this time, with a Futuretech commander and Lydia Winters also set up against him.

Moskvin eventually understood FutureTech's campaign (Commander's Challenge) and its goals and contacted them, mentioning that he's willing to ignore them - if the Futuretech commander agrees to fight him again on Moskvin's terms.

During the Uprising, he became a Soviet warlord and commanded a naval force to destroy the late Emperor's Tomb. Unfortunately for him, his force was ambushed by the Imperial-commandeered Pacifier FAVs and later retreated as the Japanese counterattacked with their own naval force, pushing Moskvin back from the Tomb. He was later seen defending Vladivostok along with fellow comrade commander Oleg Vodnik against the Japanese onslaught, none too pleased that he was battling against the same commander who defeated him only recently. It is presumed he ended up blaming Vodnik for the defeat, who in turn blamed him. It is highly possible that both Commanders perished but if Moskvin survived he would one day return to seek revenge.

Moskvin appears in the Commander's Challenge, but eventually understood and knew about FutureTech's campaign to achieve its goals, take the enemy's technology and conquer the Earth by finding their next mission on a world map. Moskvin tries to contact them and willing to ignore despite the FutureTech player agreed to fight the vigilant Commander again and again.

Defense of The Archipelago

After crushing Germany and the home islands of Japan, the Futuretech Commander found Moskvin in his debut trying to take out an Allied research base in the western Mediterranean. He under the orders of Kelly Weaver had to kill every comrade of Soviet Conscripts, Flak Troopers and Tesla Troopers. Following that, Moskvin felt exhausted and defeated by the Commander who took out all of his five bases surrounding the research base.

The Commander went to Greece and saw Moskvin making Tesla Coils for his fortress maze that the player has to go through. Moskvin had eventually lost and the Tesla Coil was taken for research.

King of the Monsters

In Thailand, Moskvin and Lydia attempted to fight the Futuretech Commander despite a Shogun Executioner coming towards their bases. Carefully not attempting to be crushed and presumably it could be destroyed, the two Commanders were defeated by FutureTech and the Commander now has the V4 Rocket Launcher. It seems that Moskvin knew the Shogun Executioner as a nightmare since his death in Odessa during the Third World War.

Moskvin came to Guinea to use Terror Drones, but has an unhealthy fascination about them like that Soviet scientist who studied on them: Konstantin Belousov. He was defeated by the Futuretech Commander.

After crushing Guinea, FutureTech has found a Soviet presence led by Moskvin in central Australia. He was to train a new squad of Desolators there. Moskvin was defeated by the Commander knowing that Australia is now under FutureTech's possession of world domination.

After crashing through the DRC in Africa, FutureTech is brought to Cuba where Moskvin is to meet them while Kenji Tenzai and Shinzo Nagama were fighting each other. However, Moskvin is studying a new water-proofing compound and the shoguns decided to help him take out the Commander. The Commander smashed through Shinobis and Terror Drones plus defeating them.

In his final mission, Moskvin joins Oleg Vodnik and Vera Belova to destroy FutureTech from crushing the Soviet Union. FutureTech stole every Kirov Airship from their War Factory and defeated them with Moskvin saying that the Soviets were finally crushed. He chose to end his military career here for the last time, while Oleg's one is in Madagascar and Vera's in South Africa.

Moskvin attacks very aggressively. His dangerous and lethal tactics in battle combined with his unstable personality make Nikolai a very precarious and random commander, even to his allies.

Moskvin has an unhealthy fascination with Terror Drones, he is also a major Tesla weapons user (namely Tesla troopers along with Stingrays) and major artillery (V4 launchers) user (and he doesn't care about friendly-fire). Sometimes, however, he uses incredibly ineffective tactics, like using only akula submarines and ignoring everything else.

Always be vigilant when facing this calculating tactical genius in battle even when he is your ally.

Moskvin in Red Alert 3
Add an image to this gallery 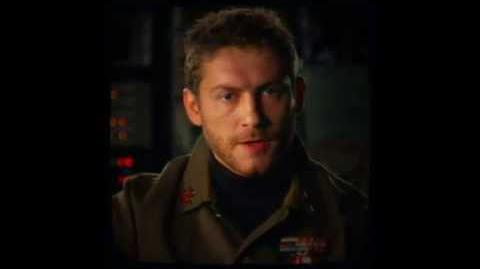 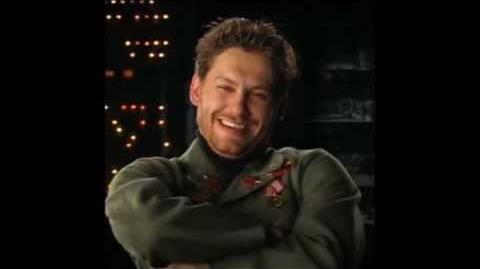 Retrieved from "https://cnc.fandom.com/wiki/Nikolai_Moskvin?oldid=209265"
Community content is available under CC-BY-SA unless otherwise noted.