Stealthed when standing still. (Not the Black Hand commando.)

Commandos are elite soldiers used by the Brotherhood of Nod during the Third Tiberium War.

Unlike previous generations of commandos, these soldiers are women who make use of advanced Nod technology to enhance their effectiveness on the battlefield. Due to high standards, few commandos were available during the war; typically, commanders were only allowed to have one on the battlefield at a time. They are also fanatically loyal to Kane; in fact, a commando shot one of her comrades full of holes after he spoke out against Kane, during a mission in the Italian Hills.

They are an equal match when upgraded against GDI counterparts. Nod commandos are also armed with detonation packs, which are extremely effective against structures, but prefer laser handguns, which can cut through infantry. The heat and power of the lasers are also capable of slicing through light vehicles, such as the Pitbull. They also have portable stealth generators, and can cloak themselves when standing still. The commando training program is under the jurisdiction of the Black Hand of Nod, and so Black Hand commanders have increased access to more experienced commandos, often being able to spearhead an offensive with two heroic commandos. To respect the Black Hand's stance on optic camouflage, these commandos choose not to use their stealth generators.

Since the First Tiberium War, the Brotherhood had made use of Commandos for important missions as well as covert operations. However, as Nod began to progress technologically, they began to invest heavily in Cybernetics which they used to field Cyborg infantry. In the years leading to the Second Tiberium War, they had retired the use of organic commandos and instead created highly advanced and powerful Cyborg Commandos. This practice remained in effect until the Firestorm Crisis when Nod's artificial intelligence known as CABAL rebelled after the apparent death of Kane. This led to all Cyborgs serving under CABAL until its defeat.

Once the Crisis was over and the majority of the cyborg army was deactivated, the Brotherhood required a replacement for their old nearly unstoppable Cyborg Commando units which had been scrapped since CABAL's revolt. Thus, they returned to the old practice of training their own Human Commandos who had undergone a harsh training regime that had been described as being "sadistic". Rather than employ men with heavy armor and powerful weapons like the Commando of old that were being used by Global Defense Initiative, the Brotherhood decided to train women to use their agility as well as speed to accomplish their mission objectives as well as using them to infiltrate elite military brass as sleeper agents, although their loyalty is to Kane above all else.

By the year 2046, these new Nod Commandos became a vital element within the Brotherhood's forces in the years of the Third Tiberium War. They were involved in various missions such as theft of the Ion Cannons plans from GDI as well as the infiltration of the Hampton Roads Naval Base and the sinking of the aircraft carrier GDS Pathe in order to give air superiority to the Brotherhood. They were also a vital part in the retriaval of the component's needed to create a Liquid Tiberium Bomb. Furthermore, during the events at the Siege of Temple Prime, LEGION managed to sneak one of these Commandos into Temple Prime itself. In addition, they were also deployed several times into Italy during the later stages of the Scrin Invasion.

Following the war and the Tiberium Control Network Conflict, the Brotherhood returned to its old practice of fielding Cyborg Commandos in its army and created a new version of such soldiers in the years of the Fourth Tiberium War. It was presumed that the female commandos of the previous Tiberium War were retired from active service.

Nod Commandos have a few differences to their GDI counterparts. While GDI commandos have jump packs that enable them to cross impassible terrain, Nod commandos have portable stealth generators that render them invisible to the enemy while stationary. This gives them the advantage of being able to hide inside buildings and in bases, and monitoring enemy movement. If they are detected by anti-stealth units, however, they are easily killed. Nod Commando's are also unable to flee or enter combat rapidly unlike the GDI Commando, which can use the jump jet if things become too dangerous. This also makes it riskier to approach anti-infantry defenses, as a GDI commando can simply jump jet towards such defenses before they can be taken out. However, jumpjet capability is somewhat unnecessary as a commando can make use of Nod's Carryall capability, offering air transport anywhere in the battlefield with a cost. Just like the GDI commando, Nod can only make one at the cost of 2000 credits (The Black Hand subfaction can make two, minus the stealth generators but come automatically with heroic rank) making the death of a commando a major blow. 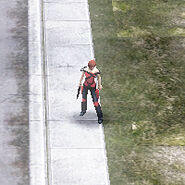 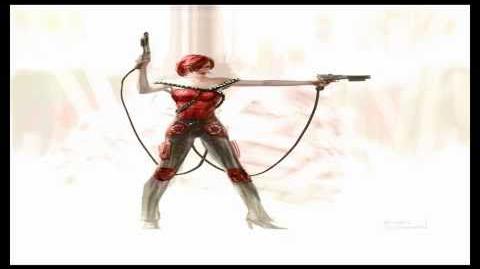 Retrieved from "https://cnc.fandom.com/wiki/Nod_Commando_(Tiberium_Wars)?oldid=214485"
Community content is available under CC-BY-SA unless otherwise noted.