Stealthed when not unloading (Nod/MoK only)

One harvester comes free with each Nod/MoK/BH Tiberium refinery

The third-generation Harvester is a Nod vehicle that can carry Tiberium from one place to its refinery.

Once Nod regained its stealth technology, the Nod Harvester was upgraded with a portable stealth generator, much like the stealth tank. Thus, Harvesters made Tiberium fields seemingly vanish before one's eyes and made them much more difficult to "harvester hunt". The only major enemy were GDI CC-6 Pitbulls, rogue Nod attack bikes and Scrin Seekers, which both wielded anti-vehicle weapons and stealth detectors; A-15 Orcas and Venoms are also problematic once deployed later into a skirmish.

Unlike the design of the GDI harvester, which has their harvesting apparatus in front of the vehicle, Nod harvesters have it placed to the rear, collecting Tiberium with two sickle-like objects that dig and plow the ground.

A harvester comes free of charge with every new refinery. It automatically starts searching for available Tiberium fields and collecting crystals before returning back to the refinery to have them processed. When lost, War Factories and Redeemer engineering facilities can build a new replacement. Each Harvester returns 1400 credits per load of Green Tiberium.

Note that building and immediately selling refineries at the MCV can be used to expand harvesting operations without sacrificing time for producing combat units.

The Black Hand utilizes the same harvesters as the rest of Nod forces, but due to the absence of stealth technology at the end of the Firestorm Crisis, they were developed without stealth generators. 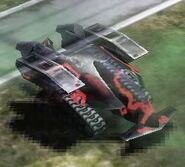 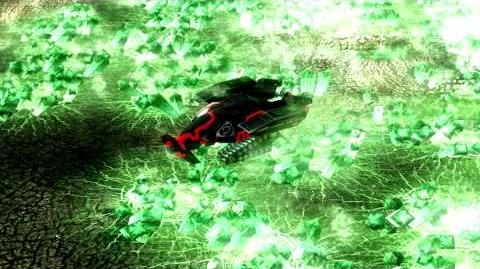