The Nuclear Reactor was the power source for most of China's military bases.

It could explode and leave behind nuclear waste if destroyed. The Reactor could go into Overcharge mode, where it would produce 50% more power but would gradually damage the reactor. 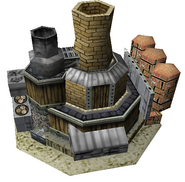 The early Chinese power plant. Note that it is made of wood and bricks, an odd choice for a supposedly nuclear reactor. 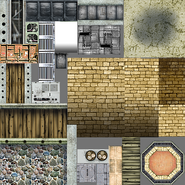 Retrieved from "https://cnc.fandom.com/wiki/Nuclear_reactor_(Generals)?oldid=212793"
Community content is available under CC-BY-SA unless otherwise noted.