Nuclear weapons are weapons of mass destruction (WMD) that release energies from the fissioning and/or fusing of atomic nuclei. They are far superior in destructive power to conventional explosives on a per mass basis... and is such the most controversial weapon in terms of damage and its fallout after-effects.

Nuclear weapons first became operational with Soviet forces during the Second World War. By the Third World War both the United States of America and the Soviet Union deployed nuclear-armed ballistic missiles. However, Soviet mind-control technology caused the US nuclear missile system to be sabotaged. This allowed the USSR to be the only beligerant in the war to use nuclear missiles.

Anatoly Cherdenko's temporal manipulation by erasing Albert Einstein in 1927 had the unfortunate (or perhaps fortunate) side-effect of undoing development of nuclear weapons, and none were operational by the third iteration of the Third World War.

The Soviet nuclear program was discovered by Allied intelligence late in the war, just as the warheads were about to become operational. By this time the Soviets were prepared to deploy warheads strategically and tactically with ballistic missiles.[1] Major Vladimir Kosygin, a key Soviet nuclear strategist, defected to the Allies; he confirmed the Dark Horseman facility as the Soviets primary missile production site, and that to his knowledge four 2-kiloton warheads were in production. Kosygin's information was already out of date; the major believed there was still time before any nuclear-armed missiles became operational. A broadcasted speech by Joseph Stalin showed the contrary was true. An Allied ground assault on the facility led by Field Commander A9 attempted to destroy the missile factory and prevent any launches.[2]

The Soviets did not wait for the assault to reach the Dark Horseman's missile silos before firing four missiles.[3] Within 30 minutes they would reach European cities, including London[4] and Paris.[5] Allied troops occupied the base's command center and remotely disabled the warheads before impact.[3]

Intelligence retrieved from the Dark Horseman showed the four missiles were the only ones ready to launch at the time.[6]

The defeat at the Dark Horseman did not stop Soviet nuclear deployment. The Allies found nuclear missiles deployed at the Iron Curtain development facility[7] and at Moscow.;[8] these missiles were targeted at Allied forces advancing on those locations.

The Allies mounted numerous operations to impede the Soviet nuclear weapons program. The Soviets developed nuclear torpedoes to equip the Advanced Tactical Submarine (ATS); the Allies attempt to destroy the submarines' test facility was foiled. Ultimately the ATS never entered widespread service.[9] Prior to the Battle of Moscow a Soviet atomic processing facility in Siberia was destroyed.[10]

The Soviets transported nuclear material and warheads by trucks. Some were used as mobile nuclear demolition charges.[11]

The Allies developed their own nuclear weapons. They also adopted demolition trucks.[12] Another deployment scheme involved using an aircraft, based on stolen MiG data, to drop nuclear payloads. The Soviets destroyed the test facility and the prototype.[13]

The United States deployed silo-based nuclear missiles after the Second World War. President Michael Dugan ordered a retaliatory strike on the USSR at the beginning of the Third World War. This failed when Yuri's psychically influenced US duty officers to interrupt the launch; the silo doors remained close and three such missiles were destroyed as they launched. The Soviets were once again major employers of nuclear weapons both for strategic purposes and for direct battlefield use.

A significant Soviet silo complex was built in Cuba. This was neutralized late in the war to allow the Chronosphere to be built in the Florida Keys.[16] The Chronosphere was then used to invade Moscow and end the war.[17] Prism tanks destroyed a nuclear missile preparing to launch in Moscow as the Allies stormed the city.

The missiles were housed in above-ground silos, which would open up to reveal the missile when it is nearly ready for launch. The design of the rocket that delivers the nuclear warhead resembles that of the Russian Vostok family of rockets. When launched, the missile ascends without a visible ballistic trajectory, and shortly reappears above the target. The missile does not discard its boosters in the process - upon reentry, the whole rocket is present, but there is no longer any rocket propulsion as can be seen from the lack of the exhaust.

The detonation of the warhead lights up the entire map in a searing bright orange flare just before the main explosion. The main explosion deals massive damage and usually obliterates any unarmoured units and structures within its radius. All infantry units are instantly turned to radioactive goo. Radiation is scattered across the area, dealing residual damage to most units, and has differing levels of concentration based on its distance from ground zero.

Within the World Socialist Alliance, the Libyans deployed a Demolition Truck carrying a small nuclear bomb.[18]

The Soviets won the last battle of the War by destroying the Allied Chronosphere in Alaska with one final well-placed nuclear missile strike.[19]

In Red Alert Mobile, the Nuclear missile can be used if a Soviet Battle Lab is constructed.

War Of The Three Powers

Anatoly Cherdenko's temporal manipulation by erasing Albert Einstein in 1927 had quite an unfortunate side-effect that stripped the Soviet Union of its ultimate weapons: without Einstein's theory of the atom, development of nuclear weapons were effectively non-existent, and none were operational by the third iteration of the Third World War, forcing the Soviets to resort to alternatives such as the Vacuum Imploder.
However, the Soviet Union did reinvent nuclear weaponry at some point from scratch during the War of the Three Powers - even without Einstein's scientific experience. Several 50-megaton devices were reported to be assembled and loaded on Kirov-class airships to be delivered to Allied city-centers to wipe them out.

In War of the Three Powers, the Vacuum Imploder was used by Anatoly Cherdenko on Easter Islands to kill his player and Zhana Agonskaya after Field Marshall Bingham's treaty had failed. The superweapon unleashes devastation on enemy forces and structures like a vacuum cleaner. It was later used by the Commander in New York against Ackerman at Fort Bradley and the Statue of Liberty. In the Command & Conquer: Red Alert 3: Uprising, the Vacuum Imploder put down Rupert Thornley's forces in Mexico and Sigma Island which destroyed the Sigma Harmonizer. It's presumed the weapon was used in Siberia, but also the Allied and Imperial campaigns in Leningrad and Moscow. The Imperials destroyed one at Vladivostok planning to vacuum the Commander's forces.

Without Einstein, nuclear weapons weren't used by the Soviets, but one question was to why they did during an escaping operation from a famed Allied Commander and Giles Price at Havana, using nuclear megaton devices to escape Cuba and putting it against Allied cities like Washington DC, New York, London, Amsterdam, Paris, Berlin and Sydney. 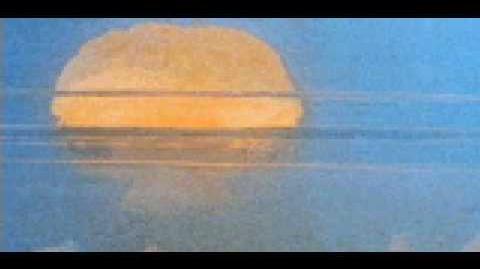 Retrieved from "https://cnc.fandom.com/wiki/Nuclear_weapon_(Red_Alert)?oldid=230454"
Community content is available under CC-BY-SA unless otherwise noted.