The Nuke truck of the Global Liberation Army is expected to appear in Generals 2. It is said to be the combination of the old-fashioned Bomb Truck and Chinese Convoy truck, armed with a small nuclear bomb. It is unknown if the Nuke truck still have the ability to disguise as target vehicle

The design process of the GLA Nuke Truck was used as an example in Victory Games' second development video diary, showing from its concept stage to the balance stage. The developers of the game jokingly commented that the GLA barely know how to use a nuclear device, let alone how to operate such a weapon. 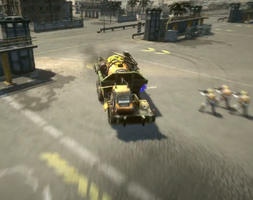 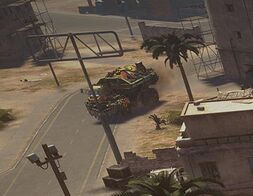 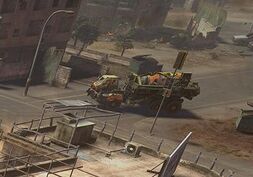 Retrieved from "https://cnc.fandom.com/wiki/Nuke_truck?oldid=169830"
Community content is available under CC-BY-SA unless otherwise noted.