The Orca is GDI's anti-ground aircraft in Command & Conquer: Rivals. It has a capacity of 4 missiles, which it has to reload on the fly after firing.

The Orca assault craft, with its distinctive dial ducked-jet propulsion systems, is GDI's primary close-air support gunship. Specialized for anti-vehicle operations, the Orca is equipped with dual Dragon TOW Rockets that can mete out heavy damage to Nod ground forces.

Orcas are a fast-moving anti-vehicle aircraft. They deal burst damage and can take out light vehicles in an instant, but are very vulnerable during the reload phase.

Very effective at attacking long-range troublemakers like Artillery and Giga-cannon, even defended ones, since the Orca can fly over obstacles and deliver the payload before being taken down. Useful to protect infantry from Chem buggy, and will do significant damage to medium armor units like Scorpion tank. It can even destroy a Slingshot if it can find a beeline to it.

Although an offensive unit by nature, against light vehicles it performs great on defense. With two incoming Attack bike squads, the Orca can destroy ⅔ of them before they can launch their missiles. It can even take out the Stealth tank if it can keep a tile of pad between it and the tank.

The fragile nature of the Orca means it needs to be careful about the path it takes to its target. Flying over a Laser squad could mean a crash landing before a single rocket is fired. It won't be able to survive an attack against two defending Attack bikes. Any air-to-air unit is a considerable threat.

If more sustained firepower is required, the Mohawk gunship is a more sturdy option.

As with all burst damage units, it's vulnerable to baiting, so the commander has to micromanage it more than other units to get the full value out of them. 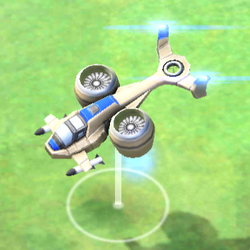 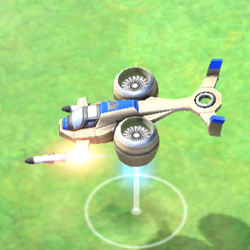 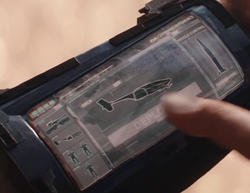 Wireframe, from the announcement trailer
Add an image to this gallery

Retrieved from "https://cnc.fandom.com/wiki/Orca_(Rivals)?oldid=240982"
Community content is available under CC-BY-SA unless otherwise noted.