Orca Dropships were GDI heavy duty military freighters, capable of transporting large amounts of soldiers, mechs and other equipment long distances. They were used during the Second Tiberium War and the Firestorm Crisis.

With four powerful engines and a massive hold, the Dropship is the next generation cargo plane. It has full VTOL capability and can fly into a combat zone to deploy substantial GDI forces nearly instantly. In fact, it can even ferry the heavy Mammoth Mk. II.

A number of dropships were equipped with atmospheric entry thermal shields and significantly more powerful engines, allowing them to land on the GDSS Philadelphia. They are known to crash during ion storms, like all other aircraft.

The Dropship was not seen after the Firestorm Crisis, as it was replaced by the new V-35 Ox transports.

The dropships are computer-controlled units that deliver the player's forces to the combat zone in single player missions. In custom made scenarios they can be controlled by players if allowed to, however, due to engine limitations they can only carry infantry.

In single player, dropships (like Orca Transports) can be scripted to drop off all kinds of units.

In patch 1.13, Orca Dropships and Orca Transports received a new locomotor which prevented them from landing on water. However, this caused them to rapidly seek a free cell to land on, and as a result they erroneously follow the nearest unit or structure and circle around uncontrollably until shot down. If they are modified to be player-controlled, they will become unresponsive after their first liftoff. This issue was fixed in HyperPatch 0.3, but this requires the Carryall entry in rules.ini to be set to no. In most campaign missions, the scripting avoids this issue, but one Dropship that is supposed to land in an outpost in front of the dam in the Destroy Vega's Dam mission suffers from this issue.

The Tiberian Sun GDI campaign was to feature a mechanic where the player could choose the starting units that would be delivered by Dropships. They were to dock at a unique structure called the Dropship bay, which was scrapped during development.

There is some residual code and art that can be applied to restore this mechanic, and an example of this is available at the XCC downloads page, where it is applied to the first GDI mission. Without additional code, however, the cursor in this menu can be invisible and the menu does not have a visible closure option.

A shot of the Dropship without the cargo pod

Looking up at the front, cargo bay attached

A side shot of the cargo pod

Front side
Add an image to this gallery 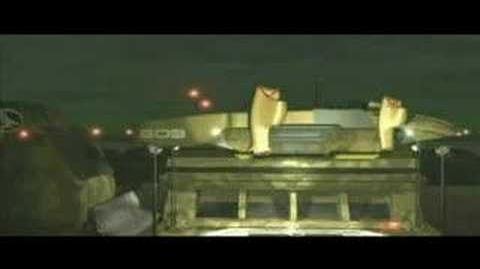 Retrieved from "https://cnc.fandom.com/wiki/Orca_Dropship?oldid=221638"
Community content is available under CC-BY-SA unless otherwise noted.