The Orca fighter was the basic GDI aircraft used during the Second Tiberium War and the Firestorm Crisis. It was the successor to the ORCA assault craft from the First Tiberium War.

The acronym "Orca" was officially adopted as a codename for the family of aircraft developed on the base of the original ORCA assault craft.

By the Second Tiberium War, the original concept was overhauled and redesigned, resulting in the creation of the Orca Fighter, which replaced most of GDI fighter jets.

The fighter itself remained a VTOL based aerial assault vehicle, with revamped and miniaturized engines. The armour was upgraded and the craft was armed with Hellfire missiles. The chin-mounted chain gun was removed from the design, as the fighter's main role is engaging armour with guided missiles, and the chain gun proved to be ineffective at killing infantry and unwieldy when used.

An additional role for the fighter is providing cover for slower, more vulnerable Orca Bombers, harassing anti-aircraft defenses until the bombers can reach their targets.

The Orca Fighter was replaced by the Orca Mk. III by the Third Tiberium War.

A single Orca Fighter's payload is usually insufficient for destroying most ground vehicles, the missiles are almost completely worthless against infantry, and destroying structures requires a great number of Orca Fighters to accomplish. For this reason, it is overshadowed by the Orca Bomber.

Also despite being called a "fighter", the Orca Fighter is not capable of engaging enemy air units in-game.

Orca Fighters launch their missiles in volleys of two and shift position a short distance between each volley, which may lead them into or out of the range of anti-aircraft fire.

Render, evading SAM sites
Add an image to this gallery 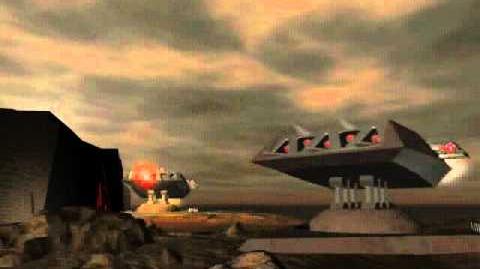 C&C Tiberian Sun - Orca Strike
In a cinematic
Add an image to this gallery
Retrieved from "https://cnc.fandom.com/wiki/Orca_Fighter?oldid=218019"
Community content is available under CC-BY-SA unless otherwise noted.