The Orca Transport was a lightly armoured GDI transportation craft used during the Second Tiberium War and the Firestorm Crisis.

The craft was equipped with four turboshaft engines, giving it great stability. Its cargo hold could be used to transport personnel and light ordnance rapidly across great distances. The light construction of the vehicle and its lack of armour made it vulnerable to any kind of anti-aircraft weaponry, however.

GDI used these aircraft for the purpose of evacuating infantry from combat zones or combat rescues of civilians. Vulnerabilities limited them to operations where enemy air defenses had been neutralized.

At the beginning of the Second Tiberium War, when a Nod base behind the attack on GDI's Phoenix Base was targeted for destruction, two Orca Transports flying ahead of the GDI attack force to evacuate civilians in the area were each destroyed by a single hit from Nod SAM sites.

The Orca Transport was replaced by the newer V-35 Ox transports by the Third Tiberium War.

The Orca Transports appear in various campaign missions of Tiberian Sun, as computer-controlled units used to evacuate civilians and personnel. It is impossible to control them in the campaign, but they can be put in custom made scenarios. In this case, one way to acquire them is to use a Hijacker to gain control over one of them, or use editor scripts to give the aircraft to a player automatically.

The Orca Transport's sidebar icon appeared in many beta Tiberian Sun screenshots. It was either a placeholder or was cut in favour of the more versatile Orca Carryall.

In patch 1.13, Orca Transports and Orca Dropships received a new locomotor which prevented them from landing on water. However, this caused them to rapidly seek a free cell to land on, and as a result they erroneously follow the nearest unit or structure and circle around uncontrollably until shot down. If they are modified to be player-controlled, they will become unresponsive after their first liftoff. This issue was fixed in HyperPatch 0.3, but this requires the Carryall entry in rules.ini to be set to no. In most campaign missions, the scripting avoids this issue, but one Dropship that is supposed to land in an outpost in front of the dam in the Destroy Vega's Dam mission suffers from this issue. 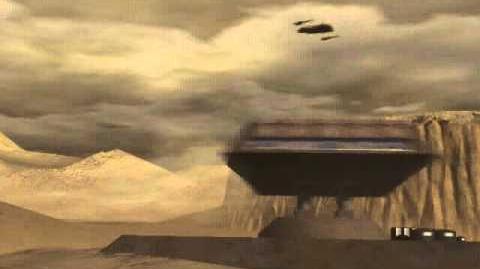 C&C Tiberian Sun - Retribution
Destroyed by SAM site in cinematic
Add an image to this gallery
Retrieved from "https://cnc.fandom.com/wiki/Orca_Transport?oldid=218689"
Community content is available under CC-BY-SA unless otherwise noted.