We have lost communication with a small civilian settlement nearby. Incoming messages from our remote base indicate an attack from unidentified life forms. Investigate these sightings and protect the civilians at all costs. Escort as many civilians as possible to the pickup zone for immediate evacuation.

GDI had managed to secure the Tacitus from the crashed Kodiak. However multiple Tiberium lifeforms have been detected rampaging across different GDI colonies. One such colony had already been wiped out by the hostile fauna. EVA directed the Firestorm Taskforce commander to protect colony 3 and destroy all Tiberian lifeforms to protect the civilians and the GDI base until reinforcements arrived.

﻿Build up a force of Titans, and a smaller force to defend your base. You do not have a construction yard so do not allow any of the production facilities be destroyed. The Titans will be enough to take out any Tiberian lifeforms you encounter.

The lifeforms will attack in four waves, each wave coming from four different directions - northeast, southwest, northwest, southeast. You can risk a few civilian casualties and structures but do not allow the lifeforms to kill more civilians. Once each wave is destroyed, escort the surviving civilians to the evacuation point, which is just northeast of your base.

After the last wave is destroyed and the last civilians are evacuated, the lifeforms will come from all fronts will proceed to attack your base directly. Defend your three entrances with your units until reinforcements arrive.

﻿Just as it seemed like the situation was not going to get any more worse for GDI, more bad news arrived - Tratos had been assassinated by Nod forces, despite the heavy GDI presence to protect him. As the news spread, the mutants were outraged at their leader's death and blamed not just GDI but the civilians who had shunned them for being physically different. Riots started to spread out between the mutants and the civilians, and GDI was forced to quell the uprising.

GDI goes there to keep the peace..

as long as reinforcements arrive and then mission ends.
Add an image to this gallery 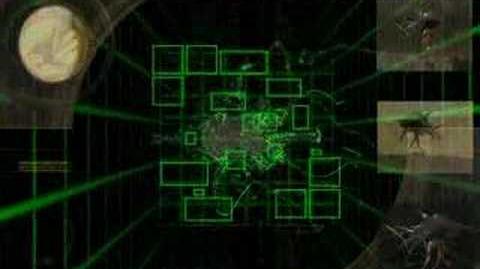 Retrieved from "https://cnc.fandom.com/wiki/Party_Crashers?oldid=188310"
Community content is available under CC-BY-SA unless otherwise noted.