The Patriot missile system was the standard defensive structure for the USA.

Each Patriot battery could fire a barrage of missiles at incoming enemies, with a short reload time between each attack. If one is constructed close to another battery, that battery can lock on to the other's target and fire its salvo to destroy it more quickly than it would alone. Patriot batteries could also shoot down incoming ballistic missiles, such as those launched from a Scud launcher or a rogue Tomahawk launcher, although they were still not powerful enough to destroy those launched from a Scud storm site or a nuclear missile silo.

As it fired missiles, retreating targets may still be destroyed post launch, as the missiles are guided and capable of propelling themselves a significant distance before running out of fuel. This feature is rare, in comparison to the GLA's tunnel networks and China's Gattling cannons. As a catch to this bonus, it also meant that there was a delay between launch and impact, something which the aforementioned base defenses did not have an issue with, as their ordnance hit targets immediately upon firing.

The Patriot was effective against vehicles and aircraft, but it was not as effective against infantry because of its difficulties in acquiring and tracking small, moving ground targets. While a lone infantryman could not possibly hope to gun down a Patriot and win, a squad could at the very least get past one and suffer little damage.

This weakness inspired the development of the fire base, which could be garrisoned by friendly infantry. Patriots had limited range, and enemy commanders employed artillery to take them out; therefore, they could not be relied upon entirely to protect a base.

General Leang is rumored to have access to this weapon. She uses it together with the Gattling cannon for defending her base.

Sometimes during gameplay, missiles can be fired from the battery at very long ranges. This is because the so called DataChain system simply increases range of the turret when activated. Therefore, Patriots can sometimes attack other enemies inside this increased range instead of what the DataChain aims at.

In reality, the MIM-104 Patriot missile system was solely built to engage aircraft and cruise missiles. During Operation Desert Shield/Storm, some Patriot batteries were modified to engage Scud missiles. Later versions of the Patriot have been purpose-built to engage both kinds of targets, and were again so used during Operation Iraqi Freedom. Additionally, the MIM-104 Patriot is a mobile launch platform, rather than a stationary battery like the system in-game.

The concept art depicts a Patriot that pops up from the ground, but in the final version it's always exposed. The Shockwave mod restores it as a defense of the Superweapon General. Also, the Patriot has an unused cameo, that was likely for General Granger because his Patriot is the only unaltered version. 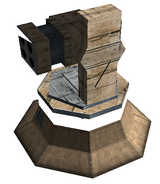 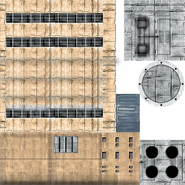 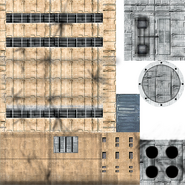 Alpha texture 2
Add an image to this gallery

Retrieved from "https://cnc.fandom.com/wiki/Patriot_missile_system_(Generals)?oldid=218507"
Community content is available under CC-BY-SA unless otherwise noted.