Persuade Him is the third mission in Kane's Wrath. Assisted by loyal members of the Brotherhood of Nod, LEGION is tasked with capturing Brother Marcion.

After the Firestorm Crisis, the Brotherhood of Nod was seemingly broken and splintered into various factions without the will of Kane who was believed to had been killed by the Global Defense Initiative. Now but a shadow of its former glory, the Brotherhood was no longer a challenge to GDI who instead focused their efforts in reclaiming the planet from the ravages of Tiberium. Amongst the many factions that arose were the feared members of the elite Black Hand who had slain Kane's rightful successor Anton Slavik and began following a new leader known as Marcion. In order to negate any threat posed by him, GDI targeted Marcion's vanity and made him renounce Kane as the ruler of the Brotherhood and take command of it himself. Denouncing Kane as a traitor, Marcion led the Black Hand and many other members of Nod through his charisma as well as exceptional oratory skills.

However, unknown to many, Kane had in fact survived and was recuperating in the shadows. He made use of a small group of loyal followers to help reunify the Brotherhood once more under his will. One of the many agents at his disposal was the advanced artificial intelligence known as LEGION who had demonstrated its effectiveness by instigating the Rio Insurrection which provided many new converts. Now, Kane decided to strike against Marcion at his secret compound and bring the Black Hand once more into the fold.

During the operation, loyalist Nod forces were deployed to bring back the renegade Marcion as well as his followers in the Black Hand. Upon arrival Marcion contacted the newly arrived Brotherhood forces, believing them to be fellow pilgrims until he discovered their markings and learnt that they were loyal to Kane. This led to a furious Marcion demanding that LEGION identify itself.

At the time of the battle, the GDI's Steel Talons had set up hidden scanners, which would call in reinforcements should they detect Nod forces in the vicinity (the Black Hand had circumvented the scanners, but they could still detect the loyalists). Legion, however, destroyed the scanners.

After building up a force, LEGION assaulted the Black Hand's base. After punching through the defences, and eliminating several heroic Black Hand units, LEGION had broken the first defences. Another objective was given to destroy Marcion's statues so as to bring down his reputation. With that done LEGION eventually destroyed the Black Hand's stronghold. Shortly after destroying it, Marcion was seen escaping through a bunker to safety. His convoy was eventually destroyed, and his transport was secured. Kane then ordered that Marcion be brought back to Nod. In the transport, Marcion made a speech to his Black Hand followers that Kane was the true messiah and confirmed that GDI had corrupted him. Marcion's transport was brought to safety, and the heretic was brought back into the fold.

The defeat of Marcion allowed the elite soldiers of the Black Hand to return to their rightful place as disciples of Kane. Marcion becomes the figurehead leader which allows Kane to operate from the shadows. 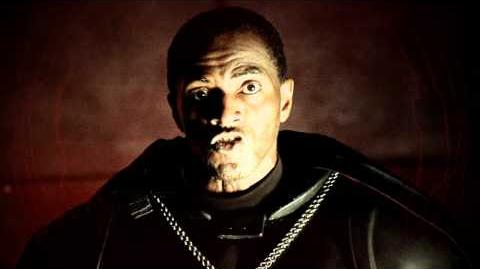 Retrieved from "https://cnc.fandom.com/wiki/Persuade_Him?oldid=231267"
Community content is available under CC-BY-SA unless otherwise noted.