Promotes vehicles depending on rank

Pilot is a generic term for anyone operating a vehicle. However, when most American commanders refer to a 'Pilot', they are referring to Pilots who had survived the destruction of US vehicles.

The US Military still has the finest pilots and combat training regimens in the world, and these men are no exception. Their experience against the GLA proved invaluable in the war. Able to escape from decimated vehicles and aircraft, Pilots could return to their base and relay intel and give experienced advice to other pilots and vehicle crews, and each one was more than willing to return to the fight, providing some demoralization against the GLA.

US vehicles have titanium-plated cockpits and US aircraft were equipped with ejection seats as well as parachutes and basic survival kits, giving their Pilots a good chance of survival. Since Pilots able to survive such destruction were highly skilled, they were deemed a valuable asset. If they could be escorted to another vehicle, they could show its crew what they had learned on the battlefield, making them more efficient. They can not be trained from a barracks.

Pilots cannot be trained; a Pilot appears when a US vehicle with veterancy is destroyed, either from the wreakage if its a ground vehicle, or by parachute if it's an aircraft. Pilots can only emerge from newly made US vehicles. Vehicles that had their original pilot killed by Neutron Mines, Neutron Shells, or Jarmen Kell and were taken over by other infantry or were hijacked by a Hijacker will eject the infantry instead.

Completely unarmed, a Pilot's only ability is to grant his veterancy to a friendly vehicle by entering that vehicle, regardless of what he originally drove. He can access jet fighters while they are on standby in an airfield or Comanches when they are repairing at an airfield.

Pilots can also enter vehicles on the player's same team, but the veterancy will be granted to the teammate instead.

If the vehicle already has veterancy, the pilot's veterancy will stack on top of it, up to heroic rank.

Pilots can occupy all of the game's factions' (GLA, China, USA) vehicles, but can only re-emerge from destroyed US vehicles again thanks to their superior driver protections.

Important Note: These upgrades apply to the pilot only in the patched versions of the game.

Being unarmed and poorly armoured, any attack likely kills the pilot, in spite of the fact that they are fast runners. Quad Cannons, Humvees and Gatling tanks can easily chase down and slaughter pilots before they get a chance of entering another vehicle, or even kill them while they are still in the air. Killing an enemy pilot is a smart move, as he can transfer his veterancy to his next vehicle.

If the ground vehicle is destroyed by powerful anti-infantry attacks such as Fire, Nuke, or Toxin, the pilot will also likely die before he can even start running. Pathfinders can also snipe pilots right when he emerges.

In general, the Pilot's nature means that if the vehicle is destroyed in the middle of an attack force or near the player's base, he can easily escape and find another vehicle to jump in, but if he is alone or isolated, he will likely perish. 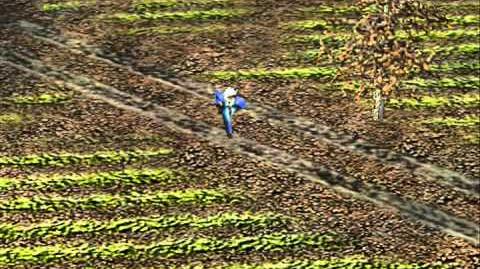 The pilot is voiced by Quinton Flynn, who also voiced the Humvee, Missile defender, Raptor and Pathfinder.

Retrieved from "https://cnc.fandom.com/wiki/Pilot?oldid=241790"
Community content is available under CC-BY-SA unless otherwise noted.