With Yuri dead, the Soviet Union's supremacy was all but sealed - all that was left was mopping up the remaining Allied Forces and ensuring their defeat. Thanks to Zofia, who browsed the late Yuri's archives, the Allies' ultimate weapon, the Chronosphere, was discovered. Located at Point Hope, Alaska, its destruction would be the last building block of the Soviet global domination.

You'll start with a small base with a lot of credits. The Allied stronghold is across the sea and will not resort to amphibious assaults but will resort on chronoshifting IFVs to your ore fields and using Harriers and Rocketeers to dislodge your position. Juice up some tesla coils beside the ore field and place some flak cannons where the Harriers will be coming at. Naval superiority isn't decisive, but control of the moat that separates you from the Allies is definitely required.

A squid can simply knock one Allied ship after another. When you control the seas and destroy the coastal defenses, send out a landing group of V3 launchers and Apocalypse tanks, as well as an engineer. Capture the Allied Construction Yard and War factory. The ConYard will come under fire from the Prism Towers so use your V3s to destroy them. Declaring the Allied War Factory as your primary will allow you to acquaint the Apocalypses with the Allies a lot quicker than deploying them from across the strait. Once you created 30-50 Apocalypse tanks, you can steamroll the final Allied Stronghold, wiping them out once and for all. If a psychic sensor is available, build it in your base as Allied's airstrike will intensify (although they will instead coming after the nuclear missile silo, should one exist in your base). A nighthawk can be constructed-should the requirement is reached- to easily explore the area and for infantry insertion.

After securing your base, construct a Nuclear Silo - this will give you an edge in battle - and an Iron Curtain. Load some Amphibious Transports with Rhino & Apocalypse tanks, as well as Flak Tracks loaded with troops. Employ dreadnoughts to destroy the Prism Towers, because these will throw a wrench in your plans quite easily. Launch a rapid invasion, deploying your troops, and thoroughly eliminate the allied presence. Go north to the airbase and capture this with an engineer, then construct a War Factory and declare it as your primary. Use your remaining forces from the initial assault and freshly built Apocalypse tanks to secure your position here. Use the previously built Iron Curtain to make your tanks invulnerable after you get them close to the base - do not do so til after you are in the trees, or the effect will expire too soon to be useful. Crush the prism towers and allied forces attacking you. Afterwards, simply get in view of the Chronosphere and either nuke it or send your tanks in and destroy it. This method can be done in under 53 minutes if you are quick.

There is one other method - the fastest one. After the launch on the beach, destroy the remaining forces at first base and capture the Allied Construction Yard with an engineer, defend it or build an Allied Service Depot (to train an Allied MCV and create an Allied base of your own). Build a spy satellite to see the Chronosphere and you can utilize a veteran Dreadnought (it's easy to level up one on the beach defenses) to destroy Chronosphere by its splash damage.

The least management required way is to defend your base, deploy squids to neutralize the Allied navy and simply build masses of Kirovs. DO NOT send the Kirov one by one. They must be grouped for extra assurances. Kirov must be maneuvered on the watery area CLOSE to the Chronosphere as IFVs are not amphibious. Sea scorpion escort is required to swat Rocketeers.

Sit back and relax, watch the Soviet ending, you have done it, you have become the premier of the world.

Three landed Kirovs are guarding the airport, when discovered they will come under your control. However if you are using a map reveal trainer or construct a Spy Satellite Uplink they will be bugged and will attack all sides.

The fall of the Chronosphere led the Allies to realise their last chance of saving themselves was gone and they capitulated to the communists. The Soviets finally conquered the world under a communist society. However, the Soviet commander, now Premier, shortly after victory heard the inexplicable voice of Yuri in his head: 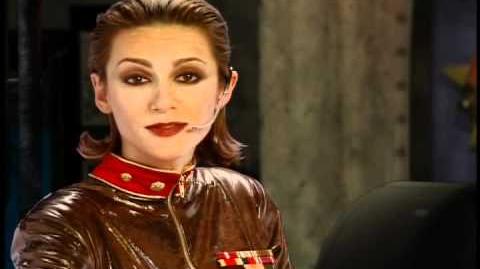 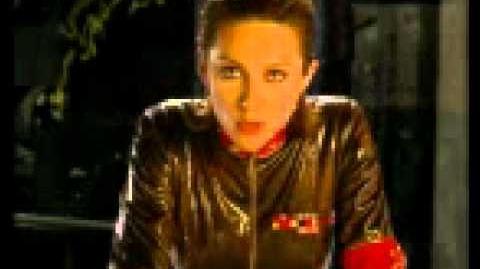 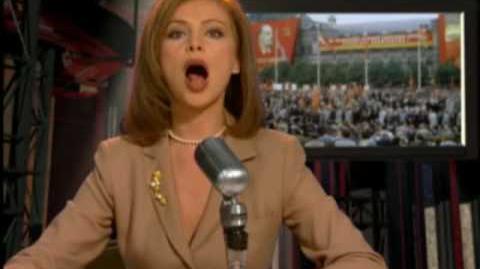 Allied Chronosphere
Add an image to this gallery
Retrieved from "https://cnc.fandom.com/wiki/Polar_Storm?oldid=223442"
Community content is available under CC-BY-SA unless otherwise noted.