Protect Mobius In Bratislava is the tenth GDI mission in the First Tiberium War to defeat the Brotherhood of Nod.

After the fall of the Czech Republic, GDI forces advanced south into Austria and Slovakia. GDI forces seized control of the Slovakian capital and installed a loyal regime but were met with unexpectedly fierce resistance from local militia.

The GDI identified a key source of dissent against the Nod regime in Slovakia because Nod forces had consistently failed to either control the spread of Tiberium into populated areas and to deal with the spread of Tiberium sickness. So in order to sway the people to their cause the GDI brought in a celebrity scientist/doctor Mobius to establish a hospital on the outskirts of Bratislava to treat Tiberium sickness among the people.

However Nod understanding the threat that this hospital and its famous head posed were determined to strike at it.

Nod forces based in two small fortified bases to the north of the city launched an offensive determined to destroy the hospital and kill Mobius. At the same time concerned by the spread of Tiberium from the hospital to the local population they were to eliminate the civilians in the immediate vicinity to prevent an epidemic.

As their forces battled against GDI, Chinook helicopters attempted to land raiding parties in the vicinity of the hospital. However GDI forces were able to thwart them, building up sufficient forces to destroy the two Nod bases to the north and secure the area.

With Bratislava secured and news of the hospital spreading throughout Slovakia, popular support for the Nod regime collapsed. This made it easier and less costly in lives to conquer the rest of Slovakia. Also by securing popular support for the new regime they had installed, GDI were able to avoid placing a sizable garrison in Slovakia thus freeing up forces to be deployed elsewhere.

Nod forces were driven out of Turkey but at the same time formerly GDI but now neutral Greece defected to Nod. Nod forces continued their offensive into Ukraine from the south. Nod forces in northern and central Italy were eliminated but Nod forces in southern Italy made some gains. 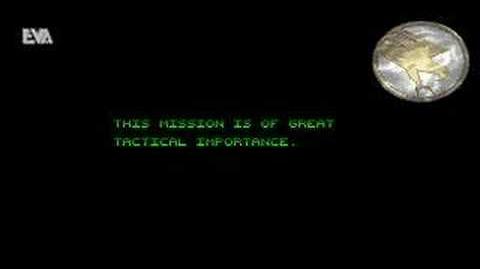 Command & Conquer Tiberian Dawn -- GDI 8b
Briefing
Add an image to this gallery
Retrieved from "https://cnc.fandom.com/wiki/Protect_Mobius_In_Bratislava?oldid=220760"
Community content is available under CC-BY-SA unless otherwise noted.