A unique and powerful technological device, each beacon emits a powerful psychic field, entering the puny minds of those under its influence and flooding them with whatever the one controlling them desires. Soviet beacons, for example, caused those under its control to become supporters of the Soviet regime, perfectly content with their presence on American soil.[1] Their area of effect is quite large - a single beacon is enough to control an entire city such as Washington DC, New York and St. Louis.[2][3][4] The device requires some time to achieve its full effect, as it must adjust its wave continuously to "persuade" the target.

Psychic Corps, operating as part of the Soviet armed forces, deployed these devices across the United States in an attempt to convince the American population to join the Soviet cause without rebellion. In the early stages of the war, the Soviets even managed to brainwash President Michael Dugan and General Ben Carville by deploying one such device in Washington DC, not far from the White House.

In St. Louis, a psychic beacon was built at a destroyed baseball stadium. The Allied forces managed to destroy it by sending Tanya to free the citizens. Desolators from Iraq had executed many citizens in retaliation, but the Allies managed to eliminate them and the nearby base.

In the non-canon Soviet campaign, Yuri sent a young Soviet commander to construct a psychic beacon at the World Trade Center in New York. The commander also had to defend the device against the Allied counterattack until the beacon fully activated itself.

General Vladimir also had a psychic beacon deployed in Washington DC during his occupation of the city. He was framed by Yuri for the alleged murder of Premier Romanov, and was proclaimed a non-person. The Soviet Commander captured the White House to expose Vladimir, while Yuri caused a mental disturbance in his mind. If the commander destroyed the beacon, the remaining American military scaterred around the city would attack the commander, regaining control over their own minds and resuming with protection of the country.

A second generation of psychic weaponry, the psychic dominator was developed by Yuri in secrecy, which was used by his forces in a campaign to take over the world. These devices allowed total mind control over the target, even after the building was destroyed.

Psychic beacons did not appear in the Allied campaign of Yuri's Revenge, as Yuri then choose to mind control the mass population through electronic media as seen through his effort in occupying Hollywood.

One psychic beacon was located in London to control an Allied base, but was quickly destroyed by Boris.

Two psychic beacons were also deployed near Yuri's castle in Transylvania, to take control of an Allied and a Soviet base there. Both of them were also destroyed by the Soviet commander, preceding the final attack on the castle itself. If Yuri's main castle was destroyed before either succumbed faction is liberated from the beacons' influence, both factions were automatically liberated.

The beacon is 2x2 tile building that serves no other purpose than being a destructible objective. When it is in view, it emits a characteristic pulsating sound. Its buildup animation is not shown completely in the Big Apple mission.

Two psychic beacons, along with a psychic amplifier, are seen in the Yuri's Revenge skirmish map City Under Siege, merely being used as props. 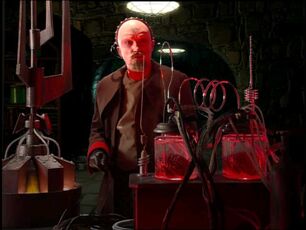 Yuri with a model of the psychic beacon 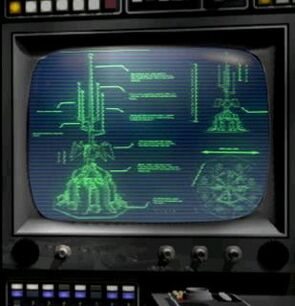 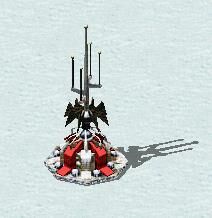 Retrieved from "https://cnc.fandom.com/wiki/Psychic_beacon?oldid=226699"
Community content is available under CC-BY-SA unless otherwise noted.