Only 1 may be built at a time.

The psychic dominator was Yuri's superweapon from the Third World War, developed as a trump card with which he intended to conquer the world. Once activated over a designated area, all enemy units caught in the blast zone were immediately and permanently mind-controlled.

The device could store extreme amounts of psychic power, and then release it to mind control a group of units or vehicles in an area, though this required a significant energy input. When the device is nearly charged, the device opens and the contraption atop of it, which holds the lids on the device, rises, resembling a hand controlling a puppet.

The original design enabled the full conversion of energy into a complete psychic wave. This setup was designed that the psychic dominator will simply release the wave in a very large area, surpassing the psychic beacon and was possibly on par with the psychic amplifier. Yuri created a network of psychic dominators scattered across the globe as a reserve plan in the case of the Soviet invasion's failure. However, time travel has significantly altered the design of the device. As Yuri discovered the Allied forces who travelled back in time to stop him, he did not have enough time to complete it according to plan. He kidnapped Albert Einstein and ordered him to help perfect the psychic dominator technology. While a rescue team was searching for him, Einstein sabotaged a psychic dominator in Egypt, and after he was saved, the device was utilized with lower performance but with balanced side effect.

Once charged up, it would send out a wave of psychic energy that could completely conquer human minds in small area (on par with chronosphere and Iron Curtain ranges). It also unleashed raw psychic power that would deal significant damage to the surrounding buildings, but was harmless to units.

As with other superweapons of the era, the psychic dominator's weakness was its requirement for large amounts of power. It could be delayed from firing if the base's power was knocked out. Furthermore, the device was extremely expensive, and although heavily armoured, was unarmed save for the massive psychic domination, which was not an effective weapon for direct defense. A spy could also reset the weapon's timer, provided he could penetrate the base.

An effective tactic against the AI would be to send a lot of cheap infantry somewhere away from your base. The AI would fire at those infantry, sparing your base (as long as they do not use the genetic mutator instead). Base defenses could then mop them up. In easy or medium difficulty, if you have not built up yet your army, and have no units in your base, the AI simply will not target your base with the psychic dominator blast.

A network of multiple psychic dominators (and according to the map intro likely a few dozen psychic beacons around the world) were used to conquer the minds of almost everyone on Earth during the Psychic Dominator Disaster.

Below is a list of known Yuri's bases during the Third World War which housed these devices:

After the war, Soviet time travel carried out by Premier Anatoly Cherdenko erased this superweapon from existence. However, the technological cult of the Empire of the Rising Sun had developed a similar weapon - Psionic Decimator. While this lacked the power to mind control enemies, its psychic power could cause significant destruction.

In-game, the psychic dominator had a seemingly small blast radius, equal to that of the Allied Chronosphere or Soviet Iron Curtain. All units caught in the radius would be permanently mind controlled (they could never be freed or mind controlled by an opposing Yuri player). The blast radius of the accompanying destructive wave, however, is actually similar to the one of a nuclear missile or a lightning storm (despite the discrepancy with the psychic wave's radius), causing similar carnage.

Like all other psychic units and structures, the dominator could not control any vehicles affected by the Iron Curtain.

Psychic dominator under construction on Alcatraz

A psychic dominator in Antarctica 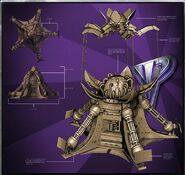 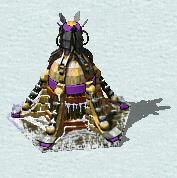 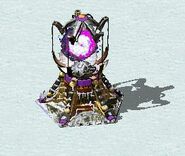 Retrieved from "https://cnc.fandom.com/wiki/Psychic_dominator?oldid=237501"
Community content is available under CC-BY-SA unless otherwise noted.