Rage of the Black Tortoise

Barbarians at the Bay

Rage of the Black Tortoise was the sixth mission in the Empire campaign of Command & Conquer: Red Alert 3.

The Allied failure to cripple the Black Tortoise and the loss of so many of their ships and sailors had left the Empire of the Rising Sun master of the Pacific Ocean. The way was now clear for an assault on the United States' West Coast.

Ever conscious of the power of propaganda, Emperor Yoshiro demanded the capture of Santa Monica, home of the world-influencing American media. If the broadcast centres of Santa Monica, Los Angeles and Hollywood itself could be taken, then the destruction of the Allies will would progress that much more smoothly.

The Imperials almost have the full might of the Imperial Army at their side.

The Allies however had the full might of the Allied Air Force and Army. The Los Angeles International Airport provided some Century Bomber support and provided Apollo reinforcements.

With the city up-close to the beaches, there was nearly no room for expansion. As such, the Imperial invasion force unleashed a bombardment from the Wave-Force Tri-Cannons of the Black Tortoise, which resulted in the destruction of many homes. With more ground to work on, the Imperial commanders began to expand their bases and deploy the Empire's brave warriors into the heart of the barbarian city.

After a short siege of the city, the Imperial forces managed to break through, linking their forces, and overwhelming a small Allied base located within the city limits, as well as a second one on the coast between their two encampments. However, the Allies were far from beaten, and activated a powerful artillery emplacement hidden in the Griffith Observatory overlooking the entire city.

It was capable to shooting over nearly half the city, and the constant, brutal bombardment left the Imperial advance stalled in its tracks. Here, Imperial air power proved to be the solution, and after some heavy bombardment by Rocket Angels and Chopper-VX support, the Griffith Observatory artillery emplacement was destroyed.

In the meantime, the Allies had used their borrowed time well, and had set up further defenses around the broadcast studios, resulting in intense fighting between the two armies as they sought to bring them under their control. The use of Wave-Force Artillery units helped to break the back of the Allied static defenses and allow the Imperial troops to hit their forces directly, gaining control of several media outlets in this manner.

Seeing that strength alone would not guarantee victory, the unnamed Imperial Commander elected for a more devious strategy. To the south-east lay an airport where the Allies' continued to drop off reinforcements. Using a blitzkrieg method of warfare, the Imperial forces quickly delved deep into the enemy territory, destroying the local airfields and airplanes that were harassing them.

Next, they turned their attention to the last remaining units and destroyed them, clearing the way for a transport to drop off an engineer and capture the airfield control tower. The Allied forces fighting in Santa Monica were now cut off from all reinforcements and resupplying, enabling the Japanese to make greater gains against them.

With most of the defending Allies destroyed by this juncture, the remainder had rallied to the last propaganda center. Tanya was spotted, and presumably killed in action, while defending the broadcast station. Using captured Allied War Factories, the Imperial commander constructed some Mirage Tanks, and used their cloaking shield to sneak up to the surviving Allied garrison and ambush them. This tactic proved fruitful and the final opposition was destroyed.

The Empire now had control of the vast American propaganda and communication centers, and over the next few weeks, the American populace would be bombarded with the Empire's propaganda, weakening their resistance and allowing Naomi and the forces stationed on the Black Tortoise to make greater territorial gains as they conquered the American West Coast. She thanked her fellow Commander for his teamwork in bringing down the Allies, and wished him good luck in further endeavors with a respectful bow and saying destiny is in his favor.

The conquest of Santa Monica by the Empire shocked and horrified Allied leaders, and soon, they turned to a desperate alliance with the also-battered Soviets in hopes of turning back the Imperial menace. The Empire had won this battle, but in doing so, they unleashed a terrible turn of events that came close to bringing down the Empire of the Rising Sun once and for all...

The mission starts with the Black Tortoise bombarding the coast. Use its wave force tri guns to destroy the Athena cannons and then deploy the mcv near the coast. Beware of the mirage tanks, the apollo fighters and the century bombers that attacks the imperial bases.

The new unit for the mission is the Wave Force Artillery. Use it to destroy the base defenses and the heavy units in the mission.

Capture the Allied base near the players base to gain allied units. Building air power is strongly not ideal due to the apollo fighters in the area.

Build tanks, mecha tengus, striker VXs and wave force artilleries and steamroll the enemy. Once the media centers are all captured the mission is a win. 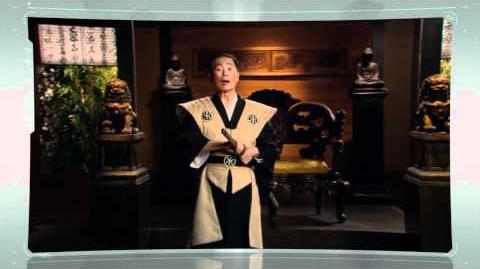 Retrieved from "https://cnc.fandom.com/wiki/Rage_of_the_Black_Tortoise?oldid=237114"
Community content is available under CC-BY-SA unless otherwise noted.