Much like its predecessors, it is a four wheel drive, with each wheel on a separate mount and a centrally mounted cockpit with a rear-mounted machinegun that deals significant damage to infantry and aircraft. However, it is almost useless against tanks and heavy armour.

Its primary role is reconnaissance, but when equipped with EMP coils from the Tech lab, it can be surprisingly effective at countering enemy armor assaults and neutralizing base defenses in one swift attack by disabling them. It can also be upgraded with Spitfire laser capacitors, which replaces the machine gun with a medium power laser, increasing the buggy's firepower.

Using EMP coils, many Nod units are able to reach well defended enemy targets. First, they send in a storm of buggies and order them all to EMP in the middle of the enemy AA defenses, just as the bombers come in. This is generally countered by spreading out defenses rather than building tight clusters or building a defense tight enough that no buggy would break through. The Raiders serving in the Black Hand sub-faction are also fitted with stealth detection kits, not unlike those on the Attack bike.

Interestingly, despite being an open-air vehicle, Raiders can drive through Tiberium fields without their drivers suffering from Tiberium poisoning. It's possible that the drivers receive Tiberium infusions by default, or that their suits are Tiberium-proof.

The Raider was upgraded in the Ascension Conflict.

The Raider Buggy performs nicely in slaughtering infantry in the same tier and scouting the map. However, preparing large packs of cloaked Raider Buggies with EMP coils in the later stages of a game can literally toss an unstoppable armada of Mammoth tanks into disarray. A similar tactic can be used to shut down base defenses, as a commander can simply toss Raider Buggies at the opposing defenses and use the EMP ability to shut them down, while they use their more powerful and expensive units to demolish everything and anything in the base. 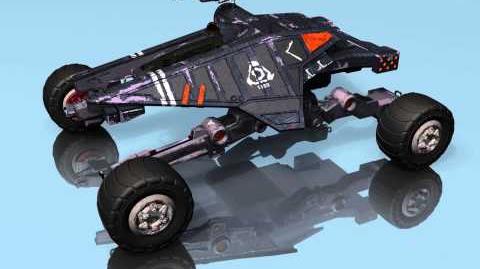