Developed by GDI during the Second Tiberium War, railgun technology offers numerous advantages over the standard cannons found on most main battle tanks.

This upgrade replaces the cannons of the Predator tank and the Mammoth tank with railguns, which deal more damage and are more effective against infantry.

In Kane's Wrath, this upgrade also replaces the cannons of the Titan, the Guardian cannon, and the Battle Base. 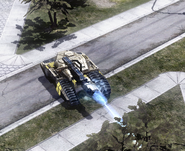 Predator tank with the railgun firing. 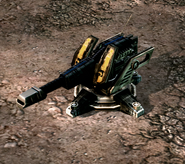 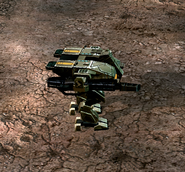 Retrieved from "https://cnc.fandom.com/wiki/Railgun_Upgrade?oldid=231365"
Community content is available under CC-BY-SA unless otherwise noted.