US Army Rangers are some of the most elite infantrymen in the American military and the frontline infantry deployed during the War against the GLA. They use M16A2 assault rifles and wear PASGT vests and helmets for protection. Rumor has it that Chinese Gen. Leang trains Rangers and that she uses them as her basic infantry in place of traditional Chinese Red Guard.

Generally the same as the GLA Rebel and Chinese Red Guard in terms of power, it's the most expensive base infantry unit at $225 each. They have the same training time with the Rebel and similar damage capabilities. Rangers used in massive numbers can be a very real threat to any small armour column of any tank, and when upgraded with the Flashbang ability they're devastating against infantry, even in relatively small groups. Other abilities make it indispensable in various situations, but against a Toxin General or Nuclear General, like all infantry units, the Ranger is extremely vulnerable.

Garrisoned in buildings or bunkers, Rangers can be very dangerous against other infantry types or versus some tanks. They're completely useless against any aircraft and fall relatively quickly in small groups. Their short range means they're highly vulnerable against artillery or well positioned tanks. Also, their Flash bang ability can sometimes backfire due to graphics defects and minor bugs, and flash bangs fired from buildings can hit the parent structure, killing all units with friendly fire.

The Ranger may clear garrisoned structures with flash-bang grenades. The flash-bang may be used to clear out Stinger Sites, but it seems in some versions of the game, this ability was removed. In later versions however, Rangers in Zero Hour could garrison a building with flash-bangs equipped to use on Stinger sites. Rangers may also use Chinooks to enter and clear garrisoned structures. Rangers may also be created by using the paradrop General's power.

It is also worth noting that when using flash-bangs the unit has improved range compared to his assault rifle, however unlike the rifle attack which cannot miss its target, the flash bang grenade takes time to reach its target and enemy infantry may be able to move away from where it was aimed (due to it not being adjustable on the fly), however the flash-bang grenade has an area of effect impact damage, which may compensate for the delayed time.

Like the Rebel and Red Guard, they can be upgraded to capture enemy structures or neutral tech structures on the map. Doing this is however dangerous, as the Rangers take up to a minute to fully capture the structure. They can also be used as cheap(er) ways to recapture neutralised (driverless) vehicles attacked by Jarmen Kell or the Neutron Shell attack.

Rangers have the unique ability exclusive to USA generals, the Chinook Combat Drop. When in a flying Chinook the ability becomes available. The Chinook will fly directly over the targeted building or area and the Rangers within will rappel down and garrison the building, killing any enemy infantry within. Note: ONLY the Rangers will do the Combat drop. Any other infantry will remain behind in the Chinook.

Rangers are especially effective when used alongside Humvees or the Combat Chinook, increasing their overall lethality and mobility.

According to Zero Hour's sound files, General Townes was supposed to have his own version of the Ranger called the Laser Ranger, equipped with a laser assault rifle, but it was removed from the final version of the game. This is restored in both Shockwave and Pro:Gen mods. 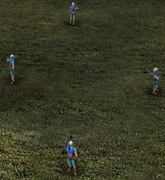 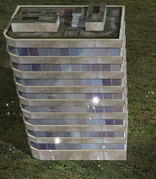 Ranger on the move

German icon
Add an image to this gallery 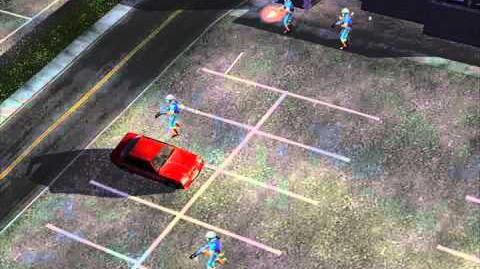 Retrieved from "https://cnc.fandom.com/wiki/Ranger_(Generals)?oldid=229512"
Community content is available under CC-BY-SA unless otherwise noted.