Red Alert: A Path Beyond (previously known as RenAlert) is a freeware game based on the W3D engine as was used in Command & Conquer: Renegade which aims to transform the first Red Alert game into a first/third person shooter. It features most of the units from the original game and the two expansions, Counterstrike and The Aftermath. The game was named after A Path Beyond, one of the most popular multiplayer maps of Red Alert.

While it began production as a modification of a commercial single/multiplayer game (then called RenAlert), it is now available as a free, standalone download accessed from within the W3D Hub Launcher (as of version 3.0.0.0). However, it lacks a singleplayer campaign, which was announced for the 3.0 (Delta) release, but was ultimately scrapped.

Additionally, its recommended system requirements are higher than those of Renegade, although the graphics actually scale very well and several improvements made performance improvements over the original base engine thanks to the Scripts project for the W3D Engine. A Path Beyond has been widely promoted by Electronic Arts, in a similar manner to Renegade X.

Red Alert: A Path Beyond only features the multiplayer mode, as there is no single player campaign (there are however a few co-op maps that need to be downloaded separately). Similar to Renegade, players are divided into two teams: Allied and Soviet. Each team starts with a base and must purchase vehicles and advanced character classes in order to destroy the enemy base and defend their own. The game is won when one team destroys the other's base or the time limit expires and the team with the highest score is declared the winner. Damaging and destroying enemy units and structures earns points (and credits). Gameplay is a combination of FPS and RTS elements, since team members receive money from harvesting ore and must purchase their own individual equipment.

As there is no official master server for integration into the main game shell at this time, players typically join using a front-end launcher first introduced in version 1.0.0, known as Beta. This provides a static server listing that requires manual updates. Xfire also supported Red Alert: A Path Beyond during its uptime, which enabled in-game instant messaging, logged gameplay hours, and spotting friends who were also playing. The Evolve service mimicked this support, but was not updated for the new BHP/W3D Hub Launcher format.

Game servers are also typically managed via IRC, which allows for communication between players and out-of-game observers/moderators. Game-in-progress information for the official server, sponsored by MP-Gaming, was also displayed live on the forums and game server websites. The official server site also provides ranking information, dating back to December 2006. This ranking information can be displayed both as a "rank medal" and "stats box" in one of two styles for signature use at other forums. The MP-Gaming website was shut down after many years of use, but statistics were restored by oxi (from the former MP-Gaming) on 25 June 2016 and are hosted on the official W3D Hub site.

Most of the units from the original game are present, with a few exceptions (the units that are not present are Attack dogs, Chitzkoi, Badger Bomber, Spy Plane, but they may be planned to be included in future releases). The units behave like their Red Alert counterparts and the factions also share the same strengths and weaknesses: the Allies have weaker tanks, but they are faster and cheaper to build than the Soviet ones. Helicopters are also present (unlike in Renegade, the helicopters need to reload at the Helipad). Some vehicles can also be purchased in different camos for visual effect, but it won't affect performance.

Naval warfare was removed after the Cold Fusion release (1.3) for rebalancing purposes, but has been confirmed to return in Gamma version 2.2. There are also some RA campaign-only units (Volkov is the strongest Soviet infantry unit, and the Allies have the Phase transport for hit 'n' run tactics, with the transport ability removed for balancing). The game also comes with some a few new units as well: Captain/Kapitan is a stronger version of the Rifleman, while Sergeants/Starshinas are armed with shotguns. Snipers were in the game until 2.1.1, when they were removed permenantly for balancing purposes. Supply trucks have been added in version 2.0 as a tier 1 infantry transport unit.

It is also possible to launch a nuclear strike by putting a Signal flare in the enemy base. The signal flare can however be disarmed by Engineers and Technicians.

Currently, there is only one officially supported server. W3D Hub also runs a TeamSpeak server (the address is ts.w3dhub.com).

All players that join the main server will get a profile on the statistics webpage. 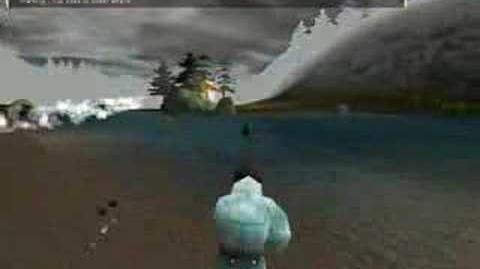 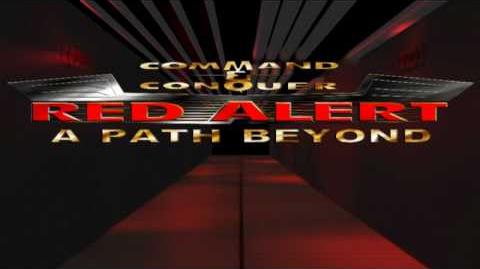 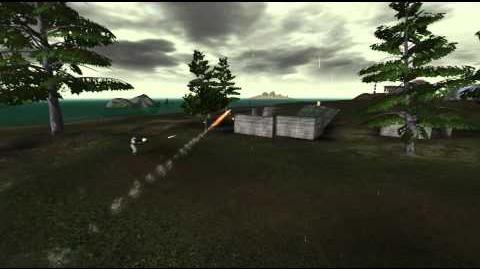 Retrieved from "https://cnc.fandom.com/wiki/Red_Alert:_A_Path_Beyond?oldid=228623"
Community content is available under CC-BY-SA unless otherwise noted.